Up to 49 Gambian youths were on Monday repatriated from the Kingdom of Spain, The Point has been reliably informed. The youths, who were flown in to Banjul on Monday night, were reported to have been escorted by Spanish police officers. Chief Superintendent Olimatou Jammeh-Sonko, Immigration PRO, confirmed the story.

The latest batch of deportees from the Kingdom Spain comes on the heels of a few others in the recent past, involving mostly youths who embark on precarious, mostly sea, voyages to reach the European mainland.

Like many African countries, The Gambia has lost many of its citizens, mainly youths, on the seas en route to Spain and, despite the recurrence in loss of lives, many are still willing to brave the evident dangers just to enter Europe, which African youths have for years looked forward to as the only solution in their quest for better life.

It is widely believed that most African youths attribute their extreme decision to the inability of their respective countries to provide jobs or, when they could, the remuneration is not comparable to those in Europe.

The search for a solution has led to an agreement on co-operation in the area of immigration between the governments of The Gambia and Spain, whereby the Spanish government has pledged to provide funds for the construction of skills centres with a view to creating some vocation for the youth, as a way of curbing illegal migration. The agreement is however yet to be implemented.
Share Article
Share on Facebook
Share on Twitter
Share by E-Mail
Share on Pinterest
Share on LinkedIn
Share on WhatsApp
Previous:
Ex-Superintendent Manlafi Sanyang Paid my salary - DW2 Tells Court
Next:
Secy Bala Gaye Inaugurates new MJ Finance Bureau 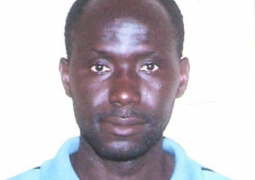 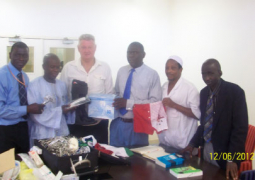