Islamic Organization for Cultural Heritage at the weekend distributed forty thousand (40,000) copies of the Holy Quran to various institutions and Islamic scholars in the country.

This was part of Tibyan project for publishing and distributing millions of copies of the Holy Quran, sponsored by Sheikh Thani Ibn Abdullah, Foundation for Humanitarian Services in the State of Qatar.

Speaking at the presentation cereomony held at Old Yundum in the West Coast Region, the president of Islamic Organization for Cultural Heritage, Alh. Ousman E. Jack, said the books were shipped through a container from the State of Qatar meant to be distributed among Gambian Islamic community across the country.

He said the books would be distributed within the community and family to promote the reading of the Islamic religion in the country.

He added that one hundred and seventy-five beneficiaries were expected to benefit from the package.

Alh. Jack expressed gratitude and appreciation about the donation of the books, saying they would go a long way in promoting Islam in the country.

He thanked all Islamic leaders, especially those present at the distribution, adding that the gesture would promote Islamic advancement in the country.

He said the books would greatly help the beneficiaries to know more about worshiping the Almighty Allah.

Alh. Jack also highlighted some of the activities the association has been engaged in supporting humanity and needy people in The Gambia, including the construction of mosques within the community, pumping well, boreholes, providing rams during Tobaski and sugar during Koriteh among others.

The organization is also engaged in helping needy families, by providing them with sewing machines as well as assisting them to paying their medical bills.

For his part, the deputy Imam Ratib of Banjul, Malick Badjan, spoke about the importance of caring and sharing as well as the need to promote Islam.

He advised the beneficiaries to educate their family members by ensuring they observe the five daily prayers.

Lamin Sanno from the Ministry of Foreign Affairs also buttressed the importance of the books, sharing of which is geared towards promoting Islam in society.

He thanked the foundation for ensuring that The Gambia benefits from the important package of the holy books.

Imam Hassan Cham also dilated on the significance of the gathering, saying it was one of the most important aspects of gathering as it was all about promoting Islam.

He advised the beneficiaries to inculcate the culture of Islam in society and also ensure unity among people by preaching what Islam is all about. 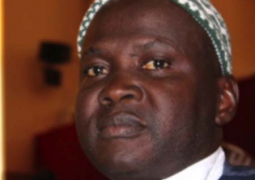