The opening game of the eight-team pre-season tournament, which ended in a goalless draw, was played between Cannon FC and Nguma FC at the playground.

A minute silence was observed for the late player before the start of the match.

In the second game of the competition, Leeds United beat Rangers FC 1-nil.

Mustapha Drammeh, the organizer of the tournament, said there is no sponsor for the tournament as at now but added that he is trying to solicit sponsors from individuals and companies.

In a similar pre-season tournament, Tallinding Youths, in collaboration with the Dynamic Sarahuleh Association for Changes and Development, recently began a fitness tournament at the playground.

In the opening game of the competition, Black Pool FC beat Leeds United 1-nil while United Stars FC lost to T. K. Snookers FC in the 5pm encounter of the same day.

The second day of the competition featured S.V. Laar FC against Milan FC, which ended 0-0 at 3pm. 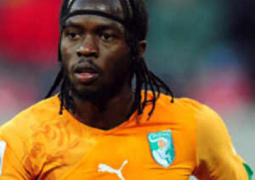