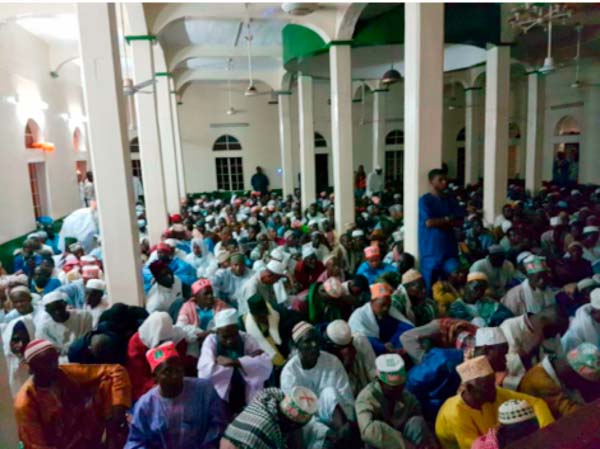 The participants came from near and far such as Casamance, Futa Toro, Guinea Conakry, Guinea Bissau, Mauritania, Mali, Benin, Cote D’Ivoire and Daira branches in the United Kingdom and United States of America as well as The Gambia.

This year, the Ziyarrah, held on 24 and 25 April, coincided with the 26th and 27th of the Islamic month of Rajab.

The date for the Ziyarrah was chosen by the Sheikh himself some 36 years ago and it is significant.

It falls on Al IsraaWal Miiraji, the occasion of the night journey of the Holy Prophet Muhammad (SAW) to Jerusalem and then to the heavens to receive instructions from Allah (SWT) on the obligatory five daily prayers.

The Ziyarrah was opened on Monday morning of the 24th at the home of the late Sheikh with the recitations of the Holy Quran followed by the chanting of the poem “Wasiilatu AhluNuha” written by the Sheikh in honour of the Holy Prophet.

In his opening remarks, the current Khalif Sheikh Alhaji Hassan Bubacar Jallow, who is also the Chief Justice of The Gambia, recalled the origin of the Ziyarrah.

He exhorted the adherents to hold first to the three things left behind by the Sheikh; the five pillars of Islam, the principles of the Tariqat Tijanniyya and the bonds of Kinship and neighbourliness.

In his address to the gathering, Alhaji Saibeh Darboe, deputising for the absent Alkalo Alhaji Kebba Corrah, welcomed the guests on behalf of the elders and people of Bansang.

After Zuhr prayers followed another recitation of the Holy Quran.

The night programme saw three more recitations of the Holy Quran followed by religious songs, sermons and duas till the dawn prayer.

The master of ceremony for the night programme was Alhaji Dr Ahmed Tijan Jallow with Alhaji Mam Sait Jallow and Cherno Junaidu Jallow (all of them sons of the late Sheikh) doing the presentation of the foreign guests.

They spoke on the life and works of the late Sheikh Alhaji Bubacar Zaidi Jallow (RA) and on various aspects of Islamic worship.

In his address after the Subha Fajr prayers, the current Khalif emphasised the importance of Verse 10 Surat Rahman of the Holy Quran in which Allah (SWT) says that He has spread out the earth for all his creation.

This verse, the Khalif said, is a call to peaceful co-existence and the tolerance of diversity.  Despite our differences in sex, tribe, race, religion, tariqat, wealth, etc, Allah has chosen to create only one earth for us.

We must therefore learn to cohabit peacefully on this single earth despite our differences. The failure to observe the dictates of this verse according to the Khalif is the root cause of intolerance and of conflict in the world today.

We must, he emphasised, learn to live together peacefully and with respect, however different we may be in some respects.

The final stage of the Ziyarrah on the morning of Tuesday 25 April saw the graduation of nine students (six male and three female) who had concluded the Tafsir – i.e. translation and commentary of the Holy Quran.

The ceremony was conducted by the venerable Islamic Scholar Sheikh Alhaji Alieu Thiam from Wuro Soggi Futa Toro, himself a student of the late Sheikh assisted by Sheikh Sheriff Zawiyya.

The Ziyarrah also witnessed the admission of new members into the Tariqat Tijanniyyasufi sect and the renewal of the vows of the existing members by Sheikh Alhaji Hassan Bubacar Jallow, the current Khalif. 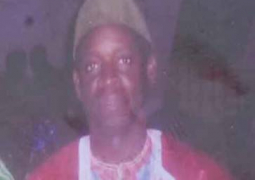