Principal Magistrate Joseph Ikpala of the Kanifing Magistrates' Court yesterday acquitted and discharged all the 35 women charged with rogue and vagabond behaviour on the grounds that "the alleged offence does not contain the joiner as a justifiable offence."

The ruling that saw the acquittal of all the accused persons was as a result of the objections raised by the Defence Counsel, Janet Sallah, who is the President of the Female Lawyers Association of The Gambia (FLAG) concerning accused number 32 who is a minor.

Mrs. Sallah Njie argued that a child within the means of the Children Act was wrong to be charged with adults.

She submitted further that "for anybody charged under this Section must consistently found in such places poising as a nuisance."

The accused persons who all pleaded not guilty to the charges preferred against them were purported to have been found at different locations in a manner that led to the presumption that they were soliciting men for prostitution.

According to the particulars of offence, the accused persons, comprising both Gambian and foreigners, were picked up from Bertil Harden Highway and different places within the Kanifing Municipal Council (KMC) loitering about. 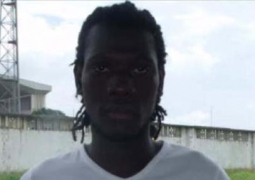