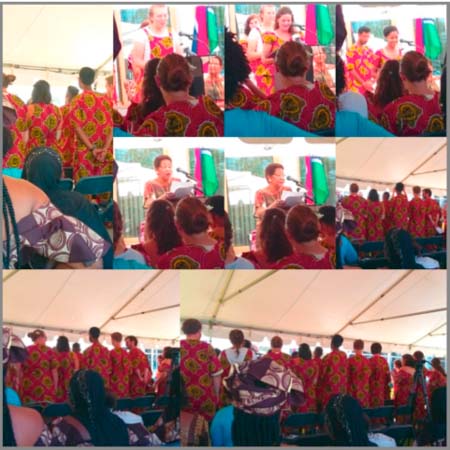 More than thirty Peace Corps volunteers were sworn-in at a ceremony held at the US Ambassador’s residence in Fajara on Thursday.

The volunteers were sworn-in after completing an 8-week training on the cultures and local languages of the various communities they will be deployed.

They will serve for twenty-four months, working directly with communities to build capacities and promote sustainable development.

Jennifer Goette, Peace Corps country director, said since inception in 1961, Peace Corps’ mission has been to promote world peace and friendship and that remains unchanged in a changing world.

She said Peace Corps volunteers are united under the principle that development is achievable through common appreciation, respect and by the celebration of cultural qualities that mutually exist among Americans and other people in the world.

“I congratulate each one of you as it takes a brave and adventurous soul to venture into a live of the unknown,” she said.

She further called on the volunteers to be patient, culturally sensitive and apply a careful balance of idealism and pragmatism while serving as Peace Corps ambassadors.

“Please take advantage of this opportunity to engage, to develop lasting relationships with host families, with counterparts, with communities and embrace the unknown,” Peace Corps director told the volunteers.

The US Ambassador, Carolyn Patricia Alsup, said 220,000 Americans have served in the Peace Corp bringing international development and citizen diplomacy in 140 countries around the world.

More than 1,745 Peace Corps volunteers have served in The Gambia throughout all the six geographic regions of the country.

The ambassador said volunteer work has always been the lifeblood of Americans helping to improve people’s lives, unite communities and strengthen democracy.

In 1960, John F. Kennedy challenged American college students to leave the comfort of their homes and communities to devote two years of their lives to help people in the developing world.

Soon after he was elected president of the US in March 1961, President Kennedy established the Peace Corps under the simple principle that one person can make a difference in the world and that people to people approach is best to promote world peace, understanding and friendship.

Falalo Touray, director general of the Department of Agriculture, said the Peace Corps volunteers would greatly contribute towards capacity building in both the agricultural and health sector of the country.

Rehan Khan, one of the new volunteers, speaking on behalf of his colleagues, said joining the Peace Corp meant something unique and different to each one of them.

“At the same time we have been brought together in no small part by a shared desire to serve,” he said.

He affirmed that they are not in The Gambia to inflict change but merely to be agents of change. 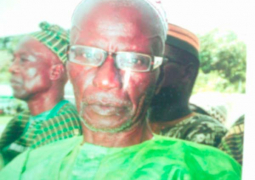 APRC Will Find it Tough in Nianija - Femi Peters