Speaking at the handing over ceremony held in the coastal , the Alkalo of the village, Alhagie Demba Jabang thanked the donors for their generosity and described them as true patriotic citizens. He called on them to always think back home in whatever they do.

For his part, the PRO of the Village Youth Council, Mexan Colley expressed gratitude at the gesture. He thanked all those who have one way or the other contributed to the donation of the generator.

Mr. Kanjura and Sankung Sambou, all of the Youth Council stated that "water is life and anybody who is involved in accessing that to the people is indeed a generous man." They both hailed the donors for their support.

Noting that water was almost a problem for the residents of Kartong, because of the lack of good pumping machine to access water for the people, the Chairman of the Village Development Committee, Sheikh Omar SB Jabang, alias 12 Jabang called on the community to support in the maintenance of the generator.

"The Youth Council and the VDC alone cannot do it all and for the development of the village all citizens must partake," said the Chairman.

In a separate development in Kartong, on the same date, the Kombo South Youth Committee executive members, in collaboration with the gallant soldiers of Kartong Barracks conducted a clean-up exercise in the village's newly built Arabic school, which was formerly used by the residents as a dumping ground.

According to the Chairman of the committee, Mr. Malang Fatty, Kombo South Youth Committee will continue to contribute in any meaningful development. He said their doors are always open to venture into such programmes. 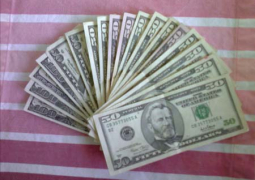