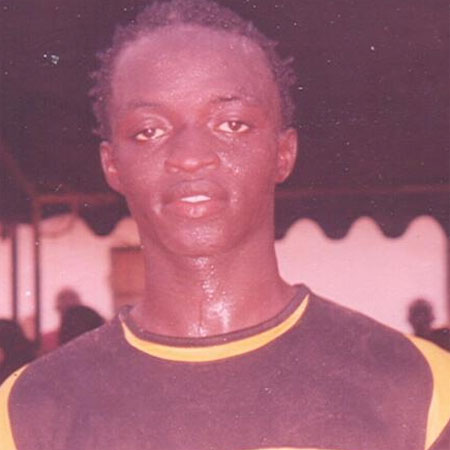 Born in 1993 in Gunjur, Pa Jammeh started playing football at the Gunjur Junior Nawettan Championship with a team called Manchester United in 2004 and won the league title the same year.

His talents and skills attracted late Pa Jobe FC in 2007 and he played for the team at senior Nawettan level. While at the team, they won both league and super cups. He is currently the team captain of the club.

He earned himself a place in the Gunjur U-17 team selection tournament geared towards the selection of the Gambia U-17 team and succeeded in impressing U17 Coach Tarik Siagy.

Unfortunately, he could not made it pass the first stages of the final selection of the present Gambia U-17 team. But delighted Pa Jammeh, who was very content with being selected for the first stages  despite not making it, stated that he will be  ready for fresh challenges  this time around.