Another batch of 22 US Peace Corps volunteers were on Friday sworn in at a ceremony held at the ambassador’s residence in Fajara.

They took the oath of service to Peace Corps and the people of The Gambia.

They will work in the health, environment and education sectors, and serve in remote rural villages and towns throughout the country for a period of one to two years.

Prior to the ceremony, the new volunteers completed 10 weeks of pre- service training to prepare them for life and service in their respective communities.

The volunteers learned to communicate in local languages, gained a deeper understanding of Gambian culture and learned to take responsibility for their health, safety and security while in the country.

Speaking at the ceremony, Ambassador to The Gambia Pamela Ann White recalled  remarks made by the first Peace Corps Director, Sargent Shriver ,who said:

According to her, it was fifty years ago, that the students and eventually students around the country volunteered for Peace Corps.

Ambassador white questioned: “why could Americans, many of them young adults, feel compelled to travel far from home to help people they never met and who do not speak their language?” she answered: “I think many of my generation, and my son’s generation and your generation echo Mary Johnson, a 1961 peace corps volunteer who said she had the desire to “go out into the world and try to make a difference.

Ambassador White said that as Americans they want to make a difference and often do so.

But be careful- it is not only Americans who make difference. Africans also have profound influence in Americans, she added.

White herself a former Peace Corps volunteer recalled: “Americans, like I did myself 40 years ago, often come to thinking they are going to vastly improve the way Africans live.

The Minister of Agriculture Solomon Owens whose ministry benefitted from peace corps work  speak good about the peace corps in helping the in various aspect.

“Good health and environment are essential for the improvement in the quality of life, as well we all know, is dependent on various factors and intervention,” he said.

Noting that over that period government forged partnership that has not only grown stronger, but also flexible enough to accommodate the ’s ever changing development needs and challenges.

He said that the Peace Corps Volunteers have shared their expertise and experiences with Gambians, in diverse fields, including health extension, education, agriculture, agro forestry, forestry, and natural resources management.

Owens said that the President hosting of this year’s Peace Corps Global 50th and 45th anniversary  at Kanilai demonstrate the Jammeh’s appreciation of Peace Corps volunteers work in the .

The Peace Corps Banjul Office, country director, Jeffrey Cornish also quoted a the then US president and founder of the Peace Corps  John F. Kennedy as saying during his address to UN in 1961: “Never before has man had such great capacity to control his own environment, to end hunger, poverty, and disease, and to banish illiteracy. We have the power to make the best generation mankind and the world has ever known.”

He said the role of the PC volunteers is to help Gambians improve their lives in a way they themselves determine to be important and in ways they themselves can sustain.

Citizen’s Budget: what hope for the people? 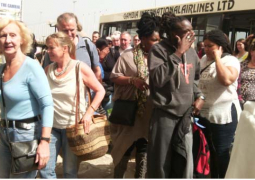 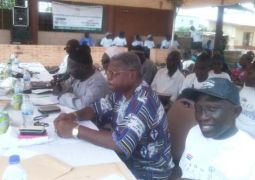