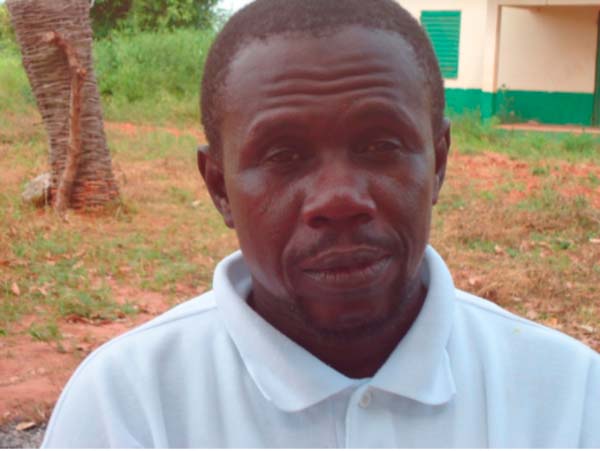 The Deputy Minister of Agriculture, Ousman Jammeh, has expressed optimism about having a bumper harvest in this year’s cropping season.

The deputy Minister, who ended his nationwide tour recently, said the 2015 cropping season is really promising for farmers, who are expecting a good produce.

The tour was meant for the deputy minister to assess the performance of this year’s cropping season, and also to hand over six rehabilitated mixed farming centres in the regions.

During a farm visit to Birom village to inspect vast hectares of maize and findi farms, the deputy minister expressed his impressions, citing the level of the commitment of the regional agriculture directors and their staff, as well as that of the communities, and commended them for their hard work towards Vision 2016 farms.

He said looking at that farm, a lot of produce would be harvested in the farm in Birom village.

He challenged others to emulate the regional director’s efforts toward the Vision 2016, which is here to stay.

On a visit to a NARI research farm, the deputy minister expressed similar sentiments and commended the management and staff of the National Agricultural Research Institute (NARI) for their hard work on the farm.

He challenged the management of NARI to replicate their good work in other regions, and urged them to continue to adopt best practices.

According to deputy minister Jammeh, one of the outcomes of the tour was the issue of farm implements, which are seriously needed by farmers.

Farmers’ concerns were noted, he said, adding that The Gambia government since 1988 up to date has been very busy in the provision of farm implements.

He informed farmers that significant strides are being made under the leadership of President Yahya Jammeh to ensure that farm implements are available in the country.

He revealed that “the Islamic Development Bank is ready to work with the Government of The Gambia to ensure that heavy machineries in terms of bulldozers, transplanting machines, and tractors have been negotiated upon.

“The President had instructed the Ministry of Agriculture through the agriculture engineering services unit, NARI, as well as GTTI and also local fabricators to come together, and fabricate some of the light machineries that are required in terms of shine hoes, seeders, and cutlasses,” he said.

The contract for the light machineries had already been signed, he said.

NARI’s acting Director General, Ansumana Jarju, thanked the deputy minister of agriculture for visiting the NARI research farm, adding that the move was a sign of motivation and encouragement.

He assured the deputy minister that NARI would continue to portray good work, and urged farmers to learn from them the best practices so they could achieve greater production and productivity.

He appealed to the deputy minster to give them financial support, which is one of their main constraints.

Also speaking at the tour, the permanent secretary number 1 at the Ministry of Agriculture, Falalo Touray, expressed gratitude to NARI for their efforts and urged them to replicate their good work at the newly-rehabilitated farming centres in the rural areas.

He described seed production as very important in agriculture, and commended the WAAPP project for supporting NARI all along not only in seed production, but also in infrastructural development.