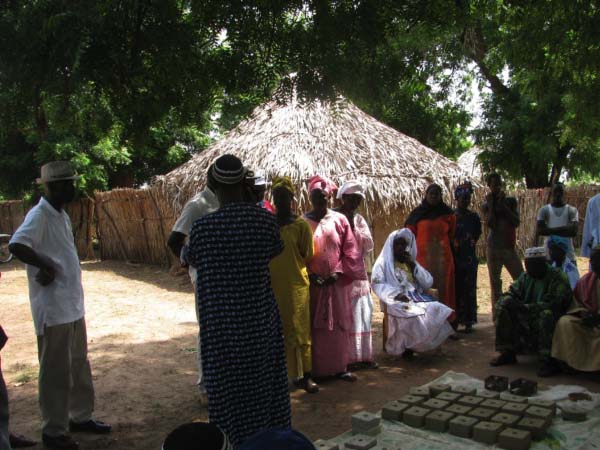 According to the United Nations Educational, Scientific and Cultural Organization (UNESCO), The Gambia has been predisposed to severe drought since late 1960s of which the worst one lasted from 1968 – 1974.

The Gambia National Adaptation Programme of Action on Climate Change also indicated that the combined effects of relatively low temperatures in 2004 and little adaptive capacities of livestock farmers resulted in loss of sheep, goats and cattle.

Furthermore, the long drought of 2010/2011, which resulted in the death of many farm animals, and a severe food crisis are typical examples of extreme climate change related events confronting the livestock farmers in this country.

Fluctuations in temperature and annual precipitation as a result of global warming may also pose threat to survival of farm animals and their owners especially in the lowland and coastal areas of The Gambia.

Confronted with the daunting challenge of variability in climatic conditions, there is likelihood that livestock farmers, particularly the women groups will experience more difficulties over the next 20 years, if certain actions are not properly taken now. It is then vital for all stakeholders to make concerted effort with regard to meeting food security, poverty alleviation and improved adaptation strategies for all the individuals and groups who will be affected by the effects of climate change.

Being naturally endowed to play dual roles in their entire life cycle, women are generally known for active involvement in reproductive and productive activities which are necessary for maintaining the continued existence of human beings on earth. Women’s productive roles in the agricultural sector are particularly remarkable. Concerning the Gambian women farmers, they have over the years been able to distinguish themselves beyond the borders of this country. Their impacts in ensuring national food security are widely recognized across the globe by international donors, non-governmental organizations (NGOs) and philanthropists who often support their various agricultural activities. These women who are organized into groups called ‘kafo’ usually engage themselves in an all-year-round vegetable production in both rural and peri-urban areas.  Not only that, some exceptional Gambian women farmers have been able to prove beyond doubt their prowess and business acumen in small-scale livestock production enterprises. A typical example of this assertion is Ajia Sainabou Ceesay, a widow who is 63 years old and lives at Ballanghar Pallen in the Central River Region. In her own words “I was able to pay for Hajj by myself and this is as a result of rearing sheep and goats”. She also attributed her ability to buy food for the family and pay children school fees to income earned from sales of livestock.

Despite such somewhat success stories, it is evident that the Gambian women farmers, like most of their counterparts in other developing countries of Africa, are still confronted with certain socio-economic, cultural and climate-related challenges. To tackle the menace of climate change on livestock production and their owners, we need to carefully look inward for potential solutions before thinking of external interventions.

Importantly, we need to investigate and document different ways through which some livestock farmers including the women have been able to traverse years of unfavourable climatic situations and yet remain productive above average.

Climate-smart and sustainable agricultural practices used by a few farmers need to be improved and then disseminated as good practices to other farmers for adoption. Two key areas to target in this regard are the use of local breeds and feeding systems.

The Gambia is naturally endowed with some climate-resilient local breeds of ruminant. A survey carried out in 2011 in addition to many other scientific publications have proven that the N’Dama cattle which originated from Fouta Djallon in the Republic of Guinea is highly endemic and adaptable to the prevailing climatic conditions of this country. Although the breed is relatively small in size when compared with the Gobra cattle breed from neighbouring Senegal but its importance in adapting to the effects of climate change cannot be over-emphasized.

Like the N’Dama cattle, there are also the Djallonke sheep and West African Dwarf goat which are resistant to a common animal disease called trypanosomosis.

It is unfortunate that our knowledge of the full potentials of locally adapted breeds is still limited. To this effect, genetic improvement programme is currently going on at the International Trypanotolerance Centre (ITC) through the open nucleus breeding programme which started in 1994. However, this programme is still confronted by inadequate human and financial resources.

Meanwhile, a lot of opportunities can be grasped by men and women livestock farmers if they are well informed, motivated and also enhanced to keep those animals which require little feed and veterinary services. ITC, National Agricultural Research Institute (NARI), Department of Livestock Services, and the livestock unit in University of The Gambia (UTG) being strategically positioned for animal breeding, genetic improvement, reproductive physiology, livestock research and extension need to be capacitated and funded to deliver substantial outputs for farmers. Collaboration of those institutions with NGOs and organizations focusing on women and environmental issues are also important in this regard.

Given that the grazing areas will diminish under the scenario of increased human population and crop production, there is a need to think of how the commonly practiced traditional system of livestock production will be affected. Both men and women livestock farmers will need to choose among many options which include keeping animals in ranches, mixed crop-livestock systems, pastoral system, or a complete change to intensive production systems. Whichever option they may settle for, the key point still remains that we need to make inventories of the locally available feed resources, classify them according to their nutritional value, abundance and availability at different times of the year. This will involve some degrees of trained scientists and financial resources which are presently not adequate.

The Gambian government through the Ministry of Agriculture and other relevant agencies needs to capacitate Department of Livestock Services and the Department of Agriculture by training their staff in relevant fields of study. Also, NARI and UTG need to be strengthened to undertake quality researches in the areas of animal nutrition, epidemiology, and quality feed processing, storage and analysis. Farmer-focused extension services need to be well packaged to reach the women livestock farmers who are sometimes not fairly present when their male counterparts are being trained.  Therefore, training and extension services should be ‘genderly’ designed to take into account the different needs and vulnerabilities of male and female farmers in the context of climate change.

The annually recurring incident of bush burning is another threat to successful livestock farming under the traditional system of The Gambia. Although this unwelcome practice is not directly caused by climate change, it should be emphasized that bush contains a lot of resources which can enhance livestock farmers’ adaptation to climate change.

Also, bush burning whether intentional or accidental is neither profitable to the person involved nor the people whose livelihoods are tied to the resources in the bush. If the loss of natural resources and changes in the ecosystem through bush burning were to be quantified in monetary units, it will sum up to millions of Gambian Dalasis. This money could have been otherwise useful for socio-economic and infrastructural development of rural areas. Thanks to the Gambian government for a strong commitment to environmental issues and likewise, the Ministry of Environment, Climate Change, Fisheries, Forestry, Water and Wildlife for the initiative of commemorating the National Anti-Bushfire Day on 10th January of every year. This effort will sensitize the Gambian populace and help to preserve the scanty feed resources such as grasses and shrubs which our livestock and their owners will need to desperately depend upon during the critical period of climate change.

On the political arena, the National Policy for the Advancement of Gambian Women (1999-2009) which metamorphosed to Gender and Women Empowerment Policy (2010-2020) is remarkably important for providing a road map on how to enhance women livestock farmers’ resilience to climate change. So also is the Agriculture and Natural Resource Policy (2010-2015) which is presently being reviewed and updated under the auspices of Ministry of Agriculture. Importantly, there is a great responsibility on every stakeholder to ensure that The Gambia National Adaptation Programme of Action is well implemented.

Consequently, helping rural and agro-pastoral women farmers to improve their adaptation strategies will have a spill-over and positive effects on the entire well-being and nutrition of their family members. It will also enhance economic development of this country.

This article is an output of a desk-based study under the African Climate Change Fellowship Programme which is financed by the International Development Research Centre.

The author (Olawale F. Olaniyan) can be contacted through: ofolaniyan@hotmail.com; 3701318 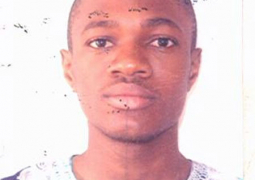