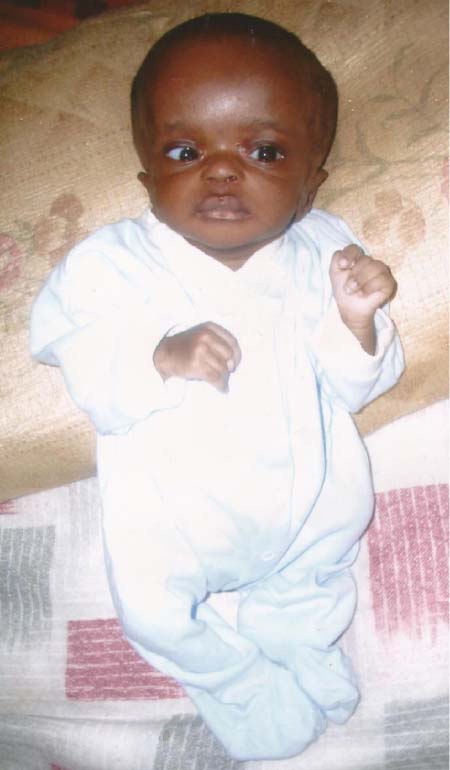 Njallet Nget, a two-month-old baby is in urgent need of financial support to undergo overseas treatment.

A medical report issued by Edward Francis Small Teaching Hospital stated that, "the baby arrived here on the 16th/2/13 3 days old from Brikama HC on account of convulsion and vomitin."

The report added that, "We suspected neonatal sepsis, given Ampicillin and Gentamycin for 7 days and phenobarbitone 2 days was asintomatic until 8 days after admission when started with ceftriaxone because she had high fever and was transferred due to anaemia, completed with ceftriaxone 7 days and discharge home".

"The baby was readmitted again on the 7th/3/13, because she refused to breastfeed and convulsion," the report further said.

On physical examination, the report stated that, "the head is big cireunferenel HC: 39cm and widened anterior fontanel", adding that "Impression was hydrocephalus to intraventricular hemorrhagic and discharge with acetazolamide."

Cranial Ultrasound revealed that, there dilatation of ventricle brain atrophy.

Baboucarr Nget, the father of the baby, who walked into The Point offices on Tuesday said, he is appealing to the government, the private sector, NGOs, companies, philanthropist, and individuals to come to their aid.