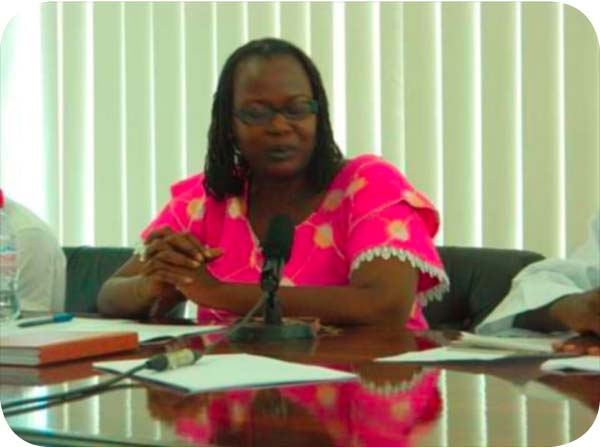 The UNICEF communication specialist, Sally Sadie Signhateh, has said that 174 communities in the Upper River Region have publicly declared they will abandon child marriage and other harmful cultural practices.

UNICEF’s communication specialist was speaking at the opening of a three-day children’s consultative workshop on violence against children, with the theme: “Speak up, Speak out, Stop child marriage”, held at the NaNA conference hall in Bakau.

It was organized by Young People in the Media, YPM, and supported by Canadian partners and UNICEF.

She said UNICEF defines child marriage as marrying before the age of 18 years, adding that child marriage is a human rights violation and an obstacle to attaining the post-MDG targets.

It is a cultural practice that could have adverse effects on the health, education and general development of girls, she stated.

“Girls who married while they are still children are often unable to enjoy social and economic opportunities, because they are usually taken out of school early and are unable to acquire the minimum knowledge and skills to reach their fullest potential; and this contributes strongly to the continued cycle of poverty in poor communities,” she said.

In addition, she continued, becoming pregnant early puts girls at risk of complications and even death during the delivery, and due to their under-developed bodies, they are more likely to lose their life.

She added that in some cultural settings, girls usually marry much older men and, given the age gap, the girls usually become victims of domestic violence and exploitation, as well as sexual abuse at the hands of their husbands.

She said the government of the Gambia has put in place adequate policies and programmes, and works closely with national and international partners, including UNICEF, to reduce and ultimately end child marriage.

The Children’s Act 2005 has stated that marriage of children below 18 years is voidable and the Sexual Offences Act 2013 makes it an offence to withdraw girls from school for the purpose of marriage, she stated.

Filly Nyass, a senior welfare officer, said his office has shown commitment when it comes to fighting child marriage in the society.

He said a series of awareness creation programmes on radio, TV and at the community level on key issues, affecting and concerning children of our country were held.

He said the government of the Gambia continued to create appropriate legal and policy frameworks that are protective of child rights.

In The Gambia, he went on, there is no minimum legal age for marriage; therefore, the personal law of the majority of the people is the Shari’ah (Islamic Law).

He hoped the findings of the study would enable stakeholders to institute direct policy interventions, carry out advocacy and awareness creation, influence policy and promote networking.