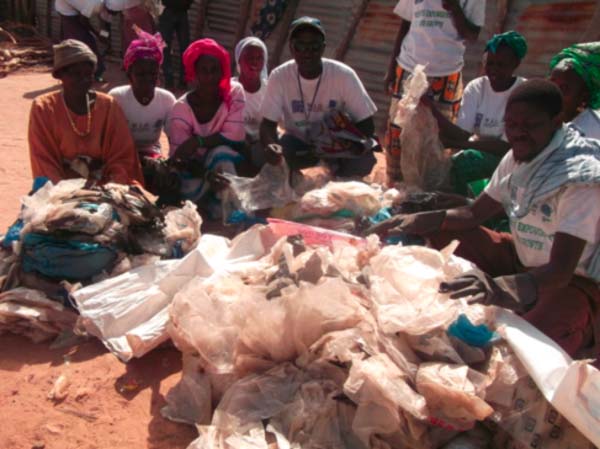 As part of their efforts to minimize plastic waste within the northern part of Central River Region North, a volunteer women’s organization called “Women Initiative The Gambia”, over the weekend began a weeklong waste plastic bags collection in the community of Panchang Upper Saloum District, a provincial capital and its catchment villages.

A similar exercise is also expected to take place in the Nianija district.

The exercise brought together men, women, and youths from the catchment villages to participate in the collection, which lasted for hours accompanied by traditional dancing led by Kanyeleng kafo members.

Speaking shortly after the end of the day one exercise, Khaddy Sowe, entrepreneurship skill trainer at WIG, spoke at length on the importance of the exercise, adding that this was one of the best ways to control waste plastic in our environment.

These collected heaps of plastic bags would be recycled into finish products, such as wallets, bags, doormats, table clothes etc, which are sold to generate income and improved living conditions of the poor and disadvantage, she said.

She also stated that despite the tremendous achievements realized by the organization over the past years, the organization is determine to do more to supportthe local communities through skills development, beekeeping and forest conservation techniques.

Ms Sowe commended and urged the people of the two districts, particularly the women and youths to make best use of the opportunity to maximize the chances available.

Demba Sey, a youth activist, thanked the participants for actively participating in the exercise, adding that collecting waste plastic bags and recycling them into marketable and usable products requires expertise and skills, which are available for all and sundry to acquire at the WIG training centre in Njau.

He urged women and youths to enroll and be trained to improve their living standard.

Mr Sey described the exercise as the most effective way of preventing diseases such as malaria.

Hawa I. Manneh of WIG encouraged the community to keep cleaning their environment, while she expressed satisfaction with the high turnout for the exercise.

Eliman Ceesay, a community-based facilitator, advised the people of the district to change their attitude on waste management and control, and to avoid indiscriminate dumping.

He reminded them about the anti-littering law, and stressed that the community should be sensitized about it. 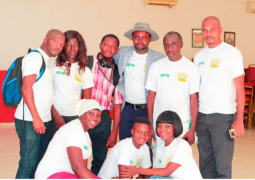