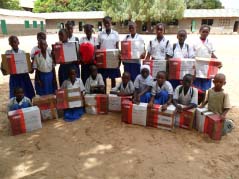 Members of a Belgium-based organisation recently distributed educational items to 154 out of 325 students they are sponsoring.

In her remarks on the occasion, the acting headmistress of , Atta Njie-Jammeh, said she was grateful to the Friends of The Gambia through Patrick De Vos for its help to the students.

"We appreciate your help from the bottom of our heart and we thank all the members of Friends of The Gambia based in Belgium and their Gambian counterparts, especially the headmistress of Nyodema Nursery School, Mrs Mariama Darboe, for their thoughtfulness in helping the children of the country," she said.

He used the occasion to encourage parents to support their children's education since they are the future leaders. "Their better future lies in your hands as parents," he added.

Patrick revealed that come next year they would support the school with computers. He also called on the school administration and parents of the beneficiaries to support the effort of his organisation so they would be able to continue the "good work" of sponsoring their children.

The chairman of the School Management Committee (SMC), Ebrima Cham, thanked FOG members for presenting educational materials to the school, saying the materials would be used prudently to aid the education of the students.

While giving the vote of thanks on behalf of the beneficiaries, a parent, Essa Jallow, promised Patrick and his delegation that the materials given to their children "will be used for the purpose they have been given".

Speaking to this reporter, Patrick De Vos said those who benefited from the donation are 17 students of , 97 of Bakoteh Annex, 20 of and 20 of St Therese Upper Basic School. 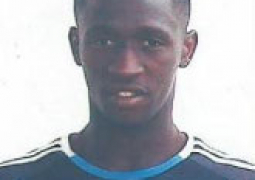