The eighteen (18) accused persons, according to the charge sheet, on or about the 3rd July 2009, at the Gambia International Airport within the jurisdiction of the court, allegedly forged an international passport in order to dishonestly enable one Ebrima Bah to travel to the United States of America, and thereby commit an offence.

In count two, they were allegedly charged with conspiracy to commit official corruption.

According to the charge sheet, the accused being public officers employed in the public services in The Gambia, charged with the duties of screening passengers traveling at the airport allegedly conspired among themselves and others still at large, to corruptly receive a bribery of ten thousand, and five hundred dalasis (D10, 500) from one Cherno Bah in order to enable his brother Ebrima Bah dishonestly use a forged passport to travel to USA, thereby commit an offence.

When the case was called on Friday before Magistrate Fred of the Brikama Magistrates' Court, the 18 accused were only arraigned, but the charge sheet were not read to the accused persons, due to the fact that there is a need for an amendment to be done on the charge sheet.

The State Counsel Lawyer Marley Wood also applied for the accused person not to be granted bail, as investigations were still ongoing.

"We need to have them in custody pending the completion of the investigation. This is not to temper with our investigation," she stated.

She then applied for a short adjournment.

The application was granted and the case was adjourned to 16th July 2009.

Meanwhile, the second accused Ebrima Bah, who is a 16-year-old was granted a bail in the sum of D50, 000, with two Gambian sureties who must have a Gambian ID card. 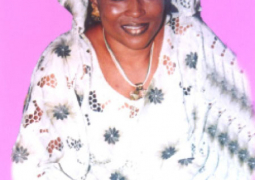