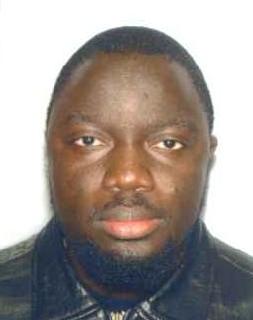 In the name of Allah, the most Gracious, the most Merciful. As I explore and implore with the dogma of my intelligentsia, acknowledging the limitations of my wisdom, I write this article not as a weapon for opportunists to hijack and use as a deterrent for progressive and meaning development in order to achieve their opportunistic aspirations, but rather, to engage the wisdoms of sincere and development-oriented Gambians and non-Gambians in order to call for a rethink on the Gambia’s pathway to sustainable socio-economic development.

Aware that the opposing wind on the pathway to sustainable socio-economic development could be very strong and rough, and conscious of the fact that meaningful development cannot take place in the absence of our collective efforts as patriotic Gambians, it becomes a fundamental and moral obligation on my side to challenge the Gambia’s current approach to sustainable socio-economic development and in exchange offer a constructive alternative. My motivation for writing this article originates from the belief that any patriotic Gambian would love to see a highly developed and prosperous Gambia anchored on the compass of morality and social justice.

In this generation of hastiness, impatience and superficiality, the Gambia has come to witness a surge in new and big ideas, projects, and initiatives, all symbolising a new wave of development masterpiece, which cannot go unacknowledged. Whereas some of these symbols of development have registered great success, majority still fall within the radar of implausibility, largely because of their lack of intelligent and thoughtful planning and least because they fall short of scrutiny. The Gambia’s biggest challenge to achieving sustainable socio-economic development and its Vision 2020 lies not on the draught of national resources nor on its limited financial reservoir, but rather on its inability to carryout insightful, detailed and well-informed plans. Conventional wisdom would teach us that a productive nation is a successful one and that productivity is neither an accident nor a thing of astrology, but rather it is always the result of a commitment to excellence, intelligent planning and focused effort. The art of making decisions on issues impacting on the lives and daily bread of people is very easy as even clowns can do that, but what is difficult and complex is the science of making informed decisions that would positively change the equation of Gambians and humanity alike.

A slight glance at the status-quo currently prevailing in the Gambia would reveal an equation where intelligent planning has been hijacked, where the value of information in decision making is below zero and where the road of failing to plan is leading to the city of planning to fail. Today the level of indiscipline and pretentiousness in the Gambia among public and private officials has skyrocketed leading to what at best can be described as a recipe for disaster. This is because there are no or very limited plans and systems in place to scrutinise their actions, decisions, strategies and ideas in order to make them accountable to the people they are suppose to serve. Most officials in the realm of the government today can be described as opportunists at best and parasites at worst as they engage in services to fulfil their interior aspirations. This does not mean to say that all government officials are opportunists as there are some very genuine, sincere and hard working Gambians who aspire to see a better and prosperous Gambia. To the opportunistic public and private officials, don’t create initiatives, ideas and projects because you want to impress those at the corridors of power or fulfil an opportunistic aspiration, but do so because you want to see a Gambia that is socio-economically prosperous so that all may live in unity, freedom and peace each day, as enshrined in the national anthem of the Gambia. For the Gambia to become a silicon valley as outlined in its Vision 2020, intelligent planning must be the gateway. We cannot leave success to chances or astrological readings, or lack of planning hoping that development will somehow construct and present itself someday.

A classical example of the absence of intelligent planning in contemporary Gambian society could be observed when one takes a closer look at employment within public and private organisations in the Gambia. Many of these organisations employ a significant number of people without any form of responsibilities. Many of these people go to work everyday without having any job responsibilities to perform but end up been paid at the end of the month.

Another area that needs attention is the Gambian Parliament. Whereas I applaud the efforts of some members of Parliament who work extremely hard for those who elected them and the Gambia at large, I also believe that majority of the parliamentarians still fall under the radar of insincerity and disingenuousness. Majority of them can best be described as ‘yes sir’ parliamentarians and at worst as ceremonial puppets. How many of them can really stand up and say that they really understand the needs of their constituencies and that they have developed strategic plans of action? Maybe very few or even none. Do they even have objectives and targets and if they do, do they understand the link between their actions/strategies and the Gambia’s Vision 2020? Paradoxically, maybe this explains the reason why the Gambia’s economy is growing at 5 to 6% and yet poverty in the Gambia is on the increase and the gap between the rich and the poor ever getting bigger. Conventionally, economic growth should be a core ingredient for poverty reduction, but this is not the case in the Gambia. How many of these parliamentarians feedback to their constituencies on the decisions and agreements made in parliament? How accessible do they make themselves to their electors? How many of them run surgeries to listen and understand the immediate as well as the long term problems and needs of their electors? Are the development projects addressing the immediate needs of your electors or could there be a mismatch between such projects and the immediate priorities of your electors? How often do you address your constituencies other than election times? The process of magnifying your little actions to the public and the media shows a sign of insincerity and propaganda. In 2006, I was in the Gambia to carryout an extensive study on the livelihood coping strategies of rural and urban households. This gave me the opportunity to visit households in the Gambia, interview them, and gain a first experience of their problems as well as their coping mechanisms, hence the very reason why I am posing all these questions.

Maybe it will be a good parliamentary practice for majority of parliamentarians to design, develop and implement a long term strategic plan of action that is comprehensively informed by a well grounded methodological needs analysis as well as linked to Vision 2020 of the Gambia.  Maybe this practice should be extended to all government departments as well as the Civil Service.

Most of what we have come to witness in the Gambia are slowly but surely forces activating the dynamics of underdevelopment. This is because of the simple reason that majority of the development projects suffer from the infirmity of poor planning, inconsistency and lack of sustainability. Unless and until Gambian policy makers stop the race to please those at the corridors of power and be part of the race for intelligent sustainable socio-economic development mounted on the planes of systemic and informed planning pathways, Gambia’s development will be come but a fleeting illusion.

As I stated in the beginning, this article seeks not to serve as anti-government, but rather it seeks to promote a rethink on the Gambia’s current pathway to socio-economic development. 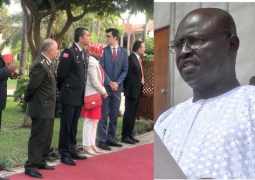 Our Fallen Hero Honoured Once Again