According to the figures registered by the Press Emblem Campaign (PEC), at least 106 journalists had been killed during 2011 in 39 countries, that is, around every two weeks.

The revolutions of the Arab Spring resulted in at least 20 journalists killed.

PEC Secretary-General Blaise Lempen said that 2011 was a particularly dangerous year for media work, because of the coverage of the uprisings in many Arab countries. In addition to the killing of more than 20 journalists during the Arab Spring, more than 100 others were attacked, intimidated, arrested and wounded in countries of the region, including , , , and .

For the second year in a row, has been the most dangerous country for media work with 12 journalists killed since January 2011. The raging war between the army and the drug cartels in the north explains this heavy toll in . The casualties could be higher if figures were known for journalists who were victims of enforced disappearances.

Again for the second year in a row, comes in second with 11 journalists killed, the majority of whom were killed on the border with .

is tied for third place with with 7 jornalists killed during the Libyan armed conflict. In these 4 countries are concentrated more than one third (37) of all casualties.

the most dangerous region

By region, leads with 35 killed in one year. The situation is worrying. In

addition to the killing of journalists, threats and attacks against media and their representatives have increased. Press freedom is threatened in many Latin American

countries by government tactics to obtain control of information and to discredit, intimidate and prosecute journalists, all of which leads to self-censorship.

In Africa (excluding North Africa) 9 journalists were killed, and in Europe 4 (3 in and 1 in ).

One year after the beginning of the Arab Spring in , PEC president Hedayat Abdelnabi noted that improvements are very slow in the field, and that remnants of the past still prevail in curbing freedom of expression.

When young people express themselves through social media and internet and flood into the streets in peaceful demonstrations, they are faced with the brutal use of force.

One year later, the security apparatus is still using the tactics of the past, remarked Abdelnabi, and hunting down journalists.

As 2011 ends and 2012 starts, said Abdelnabi, impunity must disappear and the rule of law must take precedence over all current conflicting interests.

Women journalists in particular paid the highest price when attacked sexually both in and .

Owing to the gravity and intensity of the situation, the Geneva-based NGO with UN

Two-thirds of the journalists killed were intentionally targeted, especially in . Others were accidentally killed during demonstrations, in fights, in suicide bombings or in mine explosions.

There are half a dozen cases worldwide where the causes leading to the death of journalists are still unclear, stressed PEC Secretary General Blaise Lempen.

In view of this serious situation, the PEC warmly applauds the governments and international organizations for their growing awareness that the journalism profession faces growing dangers in totally novel situations.

A number of countries have launched initiatives for the protection of journalists, and a number of conferences have been organized to this effect, notably that of UNESCO in Paris in September, one in Vienna organized by the Austria government in November, and a forthcoming conference organized by Qatar and scheduled for January 2012 in

In the Amman - Dead Sea Forum organized by the Center for Defending Freedom of Journalists (CDFJ), a resounding call echoed throughout the forum for an Arab convention for the protection of journalists, which would draw on the current document circulated as the PEC’s December 2007 draft convention. 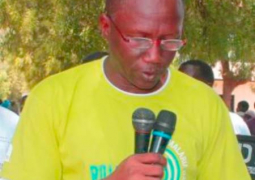