Supplications  for a Journey 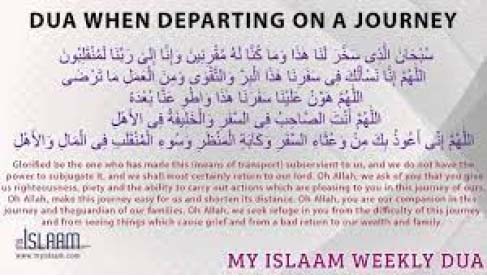 It is preferred for a traveller to say when leaving home, “Bismillahi tawakaltu ‘alallah wa la haula wala quwwata illa billah, Allahumma inni auzhu bika an adilla au udalla au azilla au uzalla au azlima au uzlama au aj-hala au yuj-hala ‘alayya (In the name of   Allah, I repose my trust in Allah, and there is neither power nor any might except with Allah.

Ibn ‘ Abbas reported that when the Prophet, peace be upon him, proceeded on journey, he would say, “O Allah, You are the Companion in the journey, and the One Who looks after the family. O Allah, I seek refuge in You from worthless companions on the journey, and from finding harm when I return, O Allah, make the length of the journey short for us, and the journey easy for us.” And when he returned he would say, “We are returning repentant, worshipping our Lord and praising Him.” And when he went to his family he would say, “Repentant, repentant, we return to our Lord, the sin visits us not.” (Reported by Ahmad, At-Tabarani, and Al-Bazar with a sound chain of authorities)

Abdullah ibn Sarjis reported that when Allah’s Messenger, may peace be upon him, set forth on a journey, he would say, “O Allah, I seek refuge (with You) from the hardships of the journey and finding evil changes on my return, and disgrace after honor, and the curse of the oppressed, and a sad disarray in my property and family.” And when he returned he would use similar words, except that he would mention his family before his property, and would say “... a sad disarray in my family and property.’ (Ahmad and Muslim)

What a Traveller Should Say on Riding

‘Ali ibn Rabi’a reported that a riding animal was brought for ‘Ali to ride. When he put his foot in the stirrups he said, “In the name of Allah.” When he was seated on it he said, “Glory to Him Who has subjected this (means of transportation) to our (use), for we could never have accomplished this (by ourselves). And to our Lord, surely, must we return.” (Qur’an 43.13-14) Then he praised Allah three times, and glorified Him (i.e. said Allahu Akbar), and then said, “Subhanaka la ilaha illa ant, qad zalamtu nafsi, faghfirli, innahu la yaghfiru zhunuba illa anta (Glory to You (O Allah), there is no god but You, I have indeed wronged my soul, so forgive me, verily none can forgive sins except You).” Then he laughed, whereupon I asked him, “Why did you laugh, O Chief of the Believers?” He replied, “I saw the Prophet, peace be upon him, doing as I did.” At this I asked him, “Why did you laugh, O Allah’s messenger?” He replied, “Our Lord is pleased when his servant says ‘ My Lord, forgive me, ‘ and He says, ‘My servant knows that there is none to forgive sins except Me’.” (Reported by Ahmad, Ibn Hibban, and Al-Hakim, who said it is sound according to the criterion of Muslim)

Al-Azdi recorded Abdullah Ibn ‘Umar’s narration that whenever Allah’s Messenger, peace be upon him, mounted his camel to set out on a journey; he glorified Allah (uttered Allah-o-Akbar) three times, and then said, “Glory to Him Who has subjected these to our (use), for we could never have accomplished this (by ourselves). And to our Lord, surely, must we return. O Allah, we seek virtue and piety from You on this journey of ours, and actions that please You. O Allah, lighten this journey of ours, and make its distance easy for us. O Allah, You are (our) companion during the journey, and guardian of (our) family. O Allah, I seek refuge with You from the hardship of the journey, the gloominess of the sights, and from finding misfortunes in property and family on our return.” And the Prophet, peace be upon him, uttered these words in addition, “We are returning repentant, worshipping our Lord and praising Him.” (Ahmad and Muslim)

What a Traveller Should Say at Nightfall

What a Traveller Should Say on Stopping at a Place

Khaulah, daughter of Hakim As-Sallammiya, reported that the Prophet, peace be upon him, said, “If anyone stops at a place and then says, ‘I seek refuge with all the perfect words of Allah from the evil of his creatures,’ nothing will harm him until he departs from that place.” (Reported by the Group except Bukhari and Abu Daw’ud)

When Approaching a Village or Place

‘Ata ibn Abi Marwan relates from his father that Ka’ab swore to him by Him Who split the sea for Prophet Moses, peace be upon him, that Suhaib informed him that whenever the Prophet, peace be upon him, saw a village that he wanted to enter, he always supplicated, “Allahumma rabbis samawati sab’ i wa ma azlalna wa rabbul ardinas sab’ i wa ma aqlalna wa rabbush sayatini wa ma adlalna wa rabbur riyyahi wa ma zaraina as’aluka khaira hazhihil qaryata wa khaira ahlaha wa khaira mafiha wa na’uzhu bika min sharriha wa sharri ahliha wa sharri mafiha (O Allah, Lord of the seven heavens and what they overshadow, Lord of the seven earths and what they carry, and Lord of the devils and those whom they mislead, and Lord of the winds and what they scatter about, I ask You of the good of this village, the good of its people and the good it has, and seek Your protection from its evil, and the evil of its people, and the evil in it).” (Reported by Nasa’i, Ibn Hibban, and Al-Hakim who considers this a sound hadith)

On Going Uphill, Downhill, or Returning

Jabir said, “We used to say Allahu Akbar when we went up a high place, and subhanallah when we went down a valley.” (Bukhari) Ibn ‘ Umar reported that the Prophet, peace be upon him, returned from hajj (or ‘umrah). When he approached a path high up in mountain or one that was difficult, he would back up three steps and say. “There is no god but Allah, He is One. He has no partners. To Him belongs all dominion and praise, and He has power over all things. We are returning repentant, worshipping, prostrating, and praising our Lord. He kept His promise. And gave victory to His servant, and defeated all the confederates alone.

On Boarding a Ship

Al-Hussain ibn Ali reported that the Prophet, peace be upon him, said, “The security for my community against drowning is to say, while boarding a ship (or a boat), ‘Bismillahi majraiha wa mursaha inna rahhi laghafoor un raheem (Bukhari), wa ma qadarullaha haqa qadrihi, wal ardu jami’an qabadatuhu yaumal qiyyamati was samawatu matwiyyatun hi yameenihi subhanallahi ‘amma yushrakun (Qur’an 11.41) (In the name of Allah, whether it move or be at rest! For my Lord is, be sure, Oft-Forgiving, Most merciful! No just estimate have they made of Allah, such as is due to Him, On the day of Judgment the whole of the earth will be but His handful, and the heavens will be rolled up in His right hand, Glory to Him! High is He above the partners they attribute to Him!)” This is reported by As-Sinni. 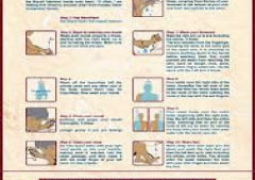 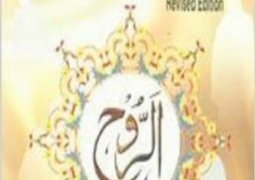