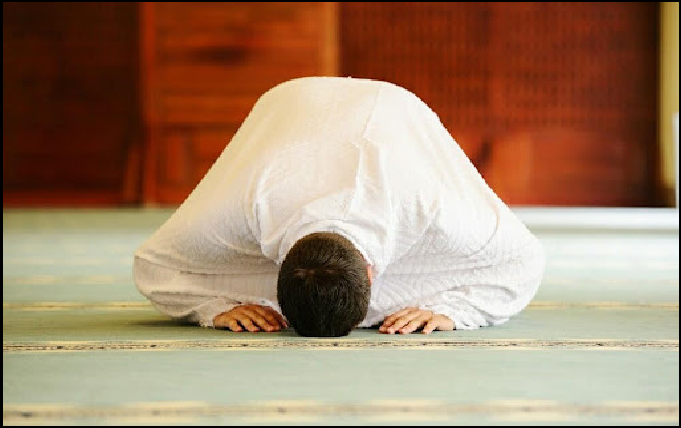 The prayer is a type of worship consisting of specific statements and actions. It is begun by pronouncing the greatness of Allah, and is concluded with salutations of peace. As prayer is the essence of Islam, we will discuss it here in detail.

The five daily prayers include: Fajr (Sunrise prayer), Dhuhr (Noon prayer), Asr (Afternoon prayer), Maghrib (Sunset prayer), and Isha (Night prayer). Each prayer has a specific window of time in which it must be completed.

Fajr – It is a two Rakat Salah.

Dhuhr – It is a four Rakat Salah.

Asr – It is a four Rakat Salah.

Maghrib – It is a three Rakat Salah.

Isha’a – It is a four Rakat Salah.

Besides the five daily prayers, other notable forms of Salah include:

Sunnah - These prayers are recommended to be performed as by the Prophet on a regular basis throughout the lifetime; missing once or twice so that it does not become fard is called Sunnat.

To state it simply, prayer must exist, for without it Islam cannot stand. The Prophet, upon whom be peace, said, “The head of the matter is Islam, its pillar is the prayer, and the top of its hump is jihad in the way of Allah.” It was the first act of worship that was made obligatory by Allah. Its obligation was revealed directly to the Prophet, during his ascension to heaven. Said Anas, “The prayers were made obligatory on the Prophet, upon whom be peace, the night of his ascension to heaven. At first, they were fifty in number, but were reduced several times until they were five. Then it was proclaimed, ‘O Muhammad, the order is not changed. These five are (equivalent) to the fifty.’’

As to the authenticity of the report, it is related by Ahmad, an-Nasa’i and at-Tirmizhi, who said it is sahih.

Salah is the first act that the person will be held accountable for. ‘Abdullah ibn Qart related that the Messenger of Allah, upon whom be peace, said “The first act that the slave will be accountable for on the Day of Judgement will be prayer. If it is good, then the rest of his acts will be good. And if it is evil, then the rest of his acts will be evil.” (Related by at-Tabarani.) It is the last thing that the Prophet, upon whom be peace, recommended to his nation before he died, saying, “Prayer, prayer and what your right hand possesses.” It will be the last thing taken away from the religion. When it perishes, Islam will perish. The Messenger of Allah, upon whom be peace, said, “If Islam were stripped away, piece by piece, people would hold tight to the next one. The first thing taken would be ruling and governance, and the last thing would be prayer.” (Related by Ibn Hibban from the hadith of Abu Umamah.) In many verses of the Qur’an, Allah follows up prayer with the remembrance of Allah. “Lo! Worship preserves (one) from lewdness and iniquity, but verily, remembrance of Allah is more important.” (al-’Ankabut 45); “He is successful who grows and remembers the name of his Lord, so pray (al-A’la 14-15); “So serve Me and establish worship for My remembrance” (Taha 74). Sometimes He mentions prayer along with zakah: “Establish prayer and pay zakah” (al-Baqarah 110). And at times, with patience: “Seek help in patience and prayer” (al-Baqarah 45), and with hajj: “So pray unto your Lord and sacrifice” (al-Kauthar 2); “Say: Lo! my worship and my sacrifice and my living and my dying are for Allah, Lord of the Worlds. He has no partner. This am I commanded, and I am the first of those who surrender (unto Him)” (al-An’am 162-163). At other times, Allah begins the acts of piety with prayers and ends with them, as in the verses about the ma’arij (ascension to heaven): “Successful indeed are the believers who are humble in their prayers,” and the verses, “And who pay heed to their prayers. These are the heirs who will inherit Paradise. There will they abide” (al-Mu’minun 1-29-11).

The importance of Salah is so great that one is ordered to observe it while travelling or not, while one is safe or in fear: “Be guardians of your prayers, and of the mid-most prayer, and stand up with devotion to Allah. And if you go in fear, then (pray) standing or on horseback. When you are safe, remember Allah, as He has taught you that which (heretofore) you knew not” (al-Baqarah 238-239).

Allah explains how to pray during fear, safety or wartime

“And when you are among them and arrange their prayers for them, let only a party of them stand with you (to worship) and let them take their arms. Then, when they have performed their prostrations, let them fall to the rear and let another party come to pray with you, and let them take their precautions and arms. They who disbelieve long for you to neglect your arms and your baggage, that they may attack. It is no sin for you to lay aside your arms, if rain impedes you or if you are sick. But take your precautions. Lo! Allah prepares for the disbelievers’ shameful punishment. When you have performed your prayer, remember Allah, standing, sitting and reclining. And when you are in safety, observe your prayer properly. Prayer at fixed hours has been enjoined on the believers” (an-Nisa’ 102-103).

Says Allah in the Qur’an, “Now there has succeeded them a later generation who have ruined their prayers and have followed lusts. But they will meet deception” (Maryam 59); “Ah, woe unto worshippers who are heedless of their prayers” (al-Ma’un 4-5).

Prayer is one of the most important acts in Islam

Prayer is one of the most important acts in Islam, and thus it requires a special guidance

Ibrahim asked his Lord to give him descendants who abided by their prayers: “My Lord! Cause me and (some) of my offspring to remain constant in prayer. And O our Lord! Accept my supplication” (Ibrahim 40). 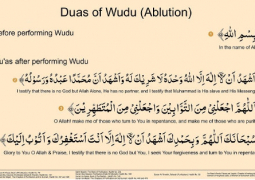