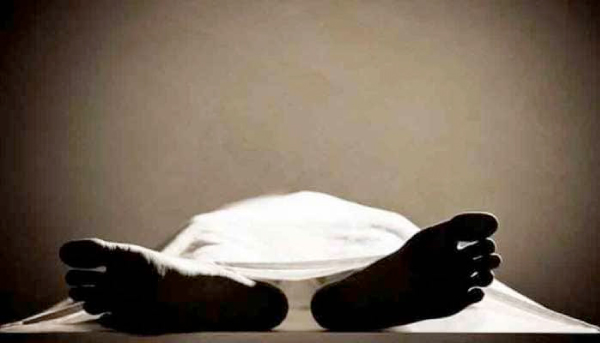 Shrouding the body of the deceased, even it be with just one piece of cloth, is a collective obligation (Fard Kifayah) of the Muslims. Bukhari narrated from Khabbab that he said: “We migrated with Allah’s Messenger, peace be upon him, seeking Allah’s pleasure, and we hope He will reward us for that. In the meanwhile some of us died and received no reward in this life. One of them was Musa’ab ibn ‘Umayr, who was killed in the Battle of Uhud. We did not find anything to shroud him in except a piece of cloth. When we covered his head, his feet would show, and if we covered his feet, his head would show. Allah’s Messenger, peace be upon him, ordered us to use the cloth to cover his head with it and cover his feet with some grass.” 66

In shrouding, the following practices are recommended and should be observed while preparing a body for burial.

If a pilgrim dies, he is to be washed the same way any non-pilgrim is washed. He should be shrouded in his ihram (two pieces of seamless cloth which the pilgrims don during umrah or hajj. His head should not be covered, nor should any perfume be applied to his body, because the restrictions of ihram still apply to him. This is based on what the group reported from Ibn ‘Abbas, who said: “During the last hajj, a man, mounted on a horse, was close to Allah’s Prophet, peace be upon him, and was trying to learn more from him, when he suddenly fell off his mount. The horse kicked him and killed him. When the Prophet, peace be upon him, was told about him, he said: ‘Wash him with water and lotus (leaves), then wrap him in his two sheets, and do not perfume his body nor cover his head, for Allah, the Exalted, will raise him on the Day of Resurrection with talbiyah (The prayer uttered during hajj by the pilgrims) on his lips’.” The Hanafi and Maliki schools hold that when a pilgrim dies, then his state of ihram is terminated, so that thereafter he may be shrouded like any non-pilgrim. His shroud may be sewn, his head may be covered, and he may be perfumed. In their opinion the case of the man who died while with the Prophet, peace be upon him, during the Hajj season is of a special case and does not set a precedent for other cases. Nevertheless the reason given (for not covering his head or perfuming his body  ...) applies generally. The statement that he will be raised on the Day of Judgment with talbiyah on his tongue clearly applies to all who die in the state of ihram, because it is a well-established juristic principle that a ruling true for one case is also true and applicable to other similar cases, unless there is something indicating that the case is specific in nature and limited in scope.

Extravagance in Shrouding is Disliked

A shroud should be nice, but not so extravagantly expensive that it would unduly burden a person. Ash-Shafi’i remarked, “Ali said: ‘Do not be extravagant in shrouding me. I have heard Allah’s Messenger, peace be upon him, say: “Do not be extravagant in preparing your shroud for it will soon be taken away.”’ This is narrated by Abu Daw’ud, in whose chain of narrators is a man called Abu Malik, who is of somewhat dubious character. It is narrated that Huzhaifah said, “Do not be extravagant in preparing the shroud. Buy for my shroud two clean white sheets of cloth.” Abu Bakr said: “Wash this garment of mine, and add another two sheets of cloth, and shroud me in them.” At this ‘Aishah said, “This garment that you are wearing is old and worn out.” He said, “The living are more deserving of the new garments than the dead. This shroud is only to absorb the secretions of the body.”

Using Silk Cloth in the Shroud

It is not permissible for a man to be buried in a silk shroud, but it is permissible for a woman. This is based on the following saying of Allah’s Messenger, peace be upon him, concerning silk and gold: “Both of these things, i.e. gold and silk, are forbidden for the males of my ummah, but they are permissible for the females.” Many scholars, however, disapprove of a woman using a silk shroud, because this is extravagant and a waste of money and therefore forbidden. These scholars differentiate between the permissibility for a woman to wear ornaments during her lifetime and the practice of beautifying the shroud after her death. Ahmad said: “I do not like a woman to be shrouded in silk.” Likewise Al-Hasan, Ibn al-Mubarak, and Ishaq expressed their disapproval. Ibn Al-Munzhir said, “I know of no other scholars with a different view on this subject.”

The Shroud Should Be Purchased with the Deceased’s Money

A person who dies and leaves some money behind should have his shroud purchased with his money. If the deceased did not leave any money, then, whoever is responsible for taking care of his living expenses should provide his shroud. In case the deceased leaves no money and there is no one to take care of him, then his shroud should be purchased by the Public Treasury of the Muslims. Otherwise individual Muslims should take care of it. The same applies in case of both the males and the females. Ibn Hazm said: “The cost of a woman’s shroud and the digging of her grave should be met out of her own money. Her husband is not obliged to pay for it, for the properties of Muslims are forbidden to be used except by the authority of the Qur’an or Sunnah. The Prophet, peace be upon him, said, “Verily, your blood and property are sacred and are forbidden to each other.” Allah, the Exalted, imposed on a husband the responsibility of providing his wife with food, clothing, and housing. The shroud is not synonymous with clothing, according to the language in which Allah chose to address us, nor is the grave equivalent to housing. 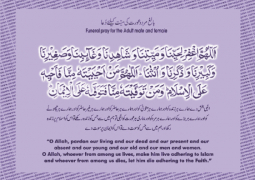