All jurists with the exception of Abu Hanifah are in agreement that the two salutations (saying Assalamu ‘Alaikum wa Rahmatullah), one to the right and the other to the left, are obligatory. Abu Hanifah, however is of the view that they are required, but not obligatory as a condition. Those who hold it to be obligatory argue that the funeral prayer is a prayer (Salah), and as such it cannot be terminated except by salutations (to the right and left).

“Ahmad is of the opinion that one salutation - the salutation to the right - is Sunnah, and there is no harm if one says it while looking straight ahead. This is based on the practice of the Prophet, peace be upon him, and his Companions who ended their funeral prayer with one salutation. No difference of opinion among them is on record on this issue.

Ash-Shafi’i holds that two salutations, turning one’s face first to the right and then to the left, are commendable. Ibn Hazm said: “The second salutation is remembrance of Allah, and an act of virtue.”

that these rows should be straight. This is based on a report from Malik ibn Habairah who said: “The Prophet, peace be upon him, said: ‘Every believer who dies is forgiven by Allah if a group of Muslims comprising three rows prays for him’.” That is why, if there were not many people attending a funeral prayer, Malik ibn Habayrah would make them stand in three rows. This is narrated by Ahmad, Abu Daw’ud, Ibn Majah, Tirmizhi, and Al-Hakim, who considers it a sound hadith. Ahmad said: “If the number of people present at the funeral prayer is very small I would still prefer that they make three rows.” He was asked: “What if there are only four people present?” He replied: “They may make two rows, with two persons in each line.” He did not like three rows with each of them consisting of only one person.

A Larger Number is Much Preferred

A larger gathering of people for the funeral prayer is preferable, as is reported by ‘Aishah who said: “The Prophet, peace be upon him, said, ‘If a Muslim dies and his funeral prayer is attended by a group of a hundred Muslims, and they all sincerely pray for his forgiveness, he is forgiven’.” This is narrated by Ahmad, Muslim, and Tirmizhi. Ibn ‘Abbas reported: “I heard the Prophet, peace be upon him, saying: ‘If a Muslim dies and a group of forty people, who do not associate any one with Allah, pray for him, their prayer is accepted and he is forgiven’.” This has been narrated by Ahmad, Muslim, and Abu Daw’ud.

A person who misses a part of a funeral prayer should make up the missed takbirs--making them consecutively. This is preferable, but if he cannot do it there is no harm. Ibn ‘Umar, Al-Hasan, Ayyub Al-Sukhtiani, and Al-Awza’i are of the opinion that such a person is not required to repeat the missed takbirs, and he should finish his prayer with the salutations led by the imam. Ahmad said: “If he cannot make the missed takbirs, there is no harm.” The author of Al-Mughni prefers this opinion and remarks: “It is supported by a saying of Ibn ‘ Umar and there is nothing on record from the Companions of the Prophet (may Allah be pleased with them) to contradict it. It is reported by ‘Aishah that she said to the Prophet, peace be upon him, “O Allah’s Messenger, sometimes when I offer a funeral prayer, I cannot hear some of the takbirs by the imam?” He replied: “Say the takbir that you hear and do not worry about the ones that you miss. You do not have to repeat these later on.” This statement is quite explicit. These are consecutive--uninterrupted--takbirs and, if missed, they need not be repeated like the ones in the ‘Eid prayer. 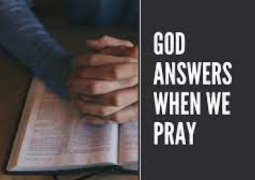