Tobacco consumption and consequent morbidity and mortality are expected to grow most markedly over coming decades in low-income and middle-income countries (LMICs). Preventing tobacco experimentation and uptake among young people in LMICs is therefore vital. However, data on smoking in these countries, particularly in sub-Saharan Africa, remain sparse.

We used two-stage cluster random sampling to select students in upper and senior secondary schools throughout The Gambia, and a self-administered questionnaire to collect data on their tobacco use, risk factors and demographic details.

Since smoking prevalence is now falling in many rich countries, tobacco companies are turning to LMICs to generate new growth in tobacco sales.

Tobacco consumption and in due course tobacco-related mortality are therefore likely to grow most markedly over the coming decades in LMICs.

However, data on smoking prevalence among young people in the world’s poorest nations, particularly in sub-Saharan Africa, remain sparse.

The Gambia is a West African country of 1.9 million people with a per capita gross domestic product of US$471 in 2015.

Although The Gambia has no tobacco industry presence, smoking prevalence among adult men, estimated at 24% (and 0.8% in women) in 2012, is common compared with many LMICs.

Data on tobacco use in young people are limited however, to a study of schools in the Greater Banjul Area in 2008, in which 9% of girls and 13% of boys aged 13–15 years had smoked in the past 30 days.

Since about 40% of Gambians are currently aged 15 years, this indicates that the number of young smokers in The Gambia is likely to rise in coming decades.

Tobacco use is common among young people in The Gambia. Shisha smoking is also common in this population, and in relative terms especially among girls.

Further work is required to determine whether this is a problem local to The Gambia or reflects a wider pattern of tobacco use in sub-Saharan Africa. 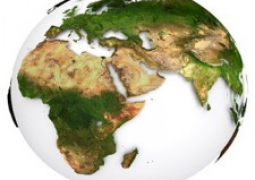 The latest statistics available from The Gambia Bureau of Statistics (GBoS) indicate that the youth unemployment rate increased to 41.5% in 2018. 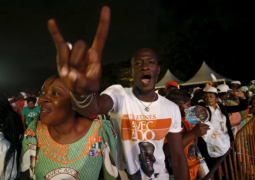