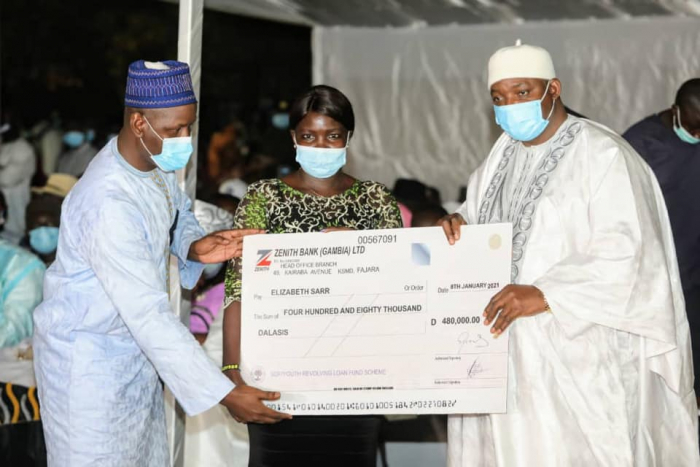 After a month-long constitutionally mandated meet the People tour, President Barrow concluded with a mega rally in Banjul where he launched the much anticipated Youth Revolving Fund worth D20million.

A total of D2.9M was distributed among different youth entrepreneurs in the West Coast Region, KM, and North Bank to kick start the initiative.

According to the Minister of Youths, the scheme targets youth entrepreneurs in agriculture, fisheries, mechanics, catering, tailoring and petty trading.

Additionally, four women groups in Banjul also benefited from the Women Enterprise Fund worth of more than half a million Dalasis- an initiative that seeks to boost the socio-economic status of Gambian women.

The Ministry of Higher Education equally made a presentation of ten scholarships to Gambians students set to study engineering at different Universities across the globe.

The students received their award letters, air tickets, and three months’ worth of stipend for a start.

This is part of an initiative by the Ministry of Works to complement the government’s STEM programme to develop our homegrown engineers.

Addressing the gathering, President Barrow expressed appreciation to his Cabinet Ministers, senior government officials and the entire tour entourage for what he described as ‘very successful’ tour.

He noted that the tour availed him and his government the opportunity to hear firsthand the impact of the policies and programmes of his government on the lives and livelihoods of the people.

Stating stated that his government has achieved a lot within four years, the President stressed that there is a lot more that could be delivered.

President Barrow reiterated his call for Gambians to do away with politics of insults and embrace a political culture that is anchored on development and respect for democracy, adding that his government has created the enabling environment for all Gambians to thrive.

The President concluded by reaffirming his promise to transform Banjul to a standard that is befitting of a Capital City. 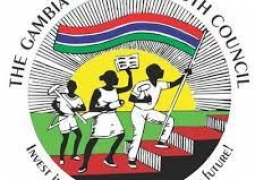 Youth, trade Roadmap of The Gambia 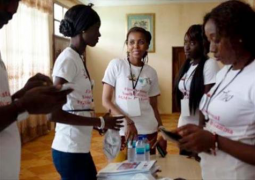 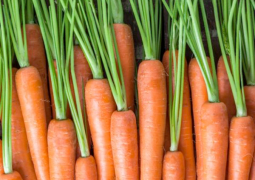