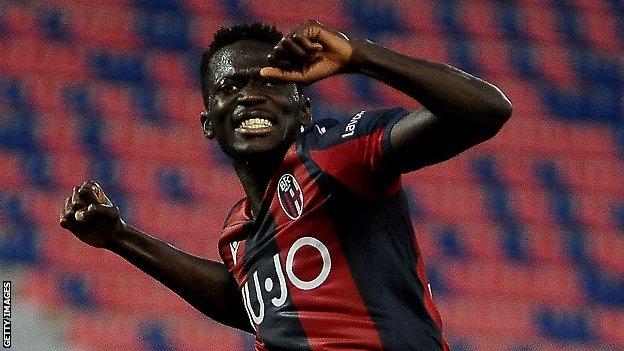 The 21-year-old is already compared to a player, who has just won the prize as not only the top scorer in Serie A but also the European Golden Shoe for the most prolific player on the continent.

That man is Ciro Immobile the Lazio striker, whose 36 league goals saw him finish ahead of the likes of Robert Lewandowski, Cristiano Ronaldo and Lionel Messi.

The comparison is being made by Massimo Brambilla, who coached Barrow at youth level while the striker was at Atalanta.

"He is similar to the first Ciro Immobile, a player who moves a lot on the whole attacking front," the former professional player told BBC Sport Africa.

"Now Immobile has become an even complete striker though.

"He's (Barrow) still very young, so he can and will have to improve all aspects of his game, how he moves without the ball, how he covers spaces and how he helps the team.

"What is even more important, he knows where the goals is and how to score, which is an essential quality for a striker."

Barrow and Brambilla first started working together in the 2017-18 season, when an exceptional first half of the season in the under-19 squad saw The Gambian attract attention from the first team.

He scored 22 goals in 17 cup and league games for Brambilla's under-19's leading to him being involved in coach Gian Piero Gasperini's first team.

The teenager continued to prove himself even in the face of fierce competition from top quality established strikers such as Alejandro Gómez, Josic Ilicic, Duvan Zapata and Luis Muriel.

His progress led to him moving to Bologna in January 2020 for more that $22 million a deal that has allowed Barrow to enjoy more playing time and to fully flourish.

A versatile and impressive youngster

Initially signed as a central striker Barrow has in fact slotted in easily on the left wing to form a striking trio alongside Argentina's Rodrigo Palacio, with his expertise and movements, and right winger Riccardo Orsolini.

"He is a massive player, after the lockdown he's been unstoppable," Italy international Orsolini told BBC Sport Africa.

"When he has the ball, we all feel something important can happen at any time.

"I knew him before he signed for us, I knew he was a great player but he did surprise us all. He adapted to our game very easily and he had a tremendous impact."

Orsolini added that The Gambia international has it all and can play centrally or on the wing.

"He can move forward very well with the ball at his feet and he can play with both feet," Orsolini explained.

"I am more of a winger than him; Musa did so well starting from wide left, taking to the centre and scoring from there, but he has all it takes to play in the middle too."

With nine goals and three assists in just a few months, Barrow has already conquered everyone's heart in Bologna.

His manager Sinisa Mihailovic chides and encourages him according to what he needs, his teammates love him, local and national journalists all speak highly of him.

"He is a very special player for me: he has speed, skills, progression and a unique way of running which makes him unpredictable," Bologna-born Matteo Marani and a journalist with Sky Italy explained to BBC Sport Africa.

"It's quite unusual to do well at Bologna at his age, especially in his position. I am thinking of Roberto Baggio, Giuseppe Signori, Marco Di Vaio and even Palacio are all mature players.

"He arrived at 22 and he made an impact right from the off. For me he was the best Serie A signing in January alongside Zlatan Ibrahimovic."

Being mentioned in the same breath as both Immobile and the always-enigmatic Ibrahimovic there are some high expectations but there is a bright future for Barrow if he can take the comparisons on his broad shoulders. Bbc 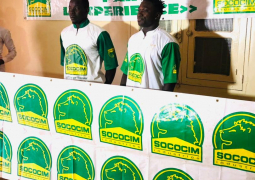 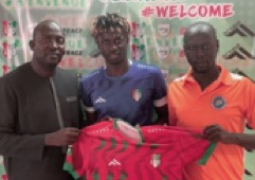 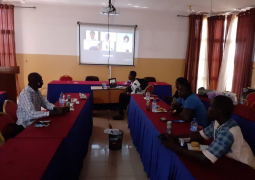 Eleven athletes and two officials from The Gambia National Paralympic Committee attended a day-long virtual seminar on the importance of food, nutrition and diet held at Nana Conference hall on Saturday. 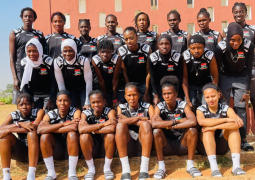 The Gambia national women’s team (The Queen Scorpions) will hope to overturn their 8-0 away defeat to Cameroon over the weekend when the take on their counterparts today at the Independence Stadium.