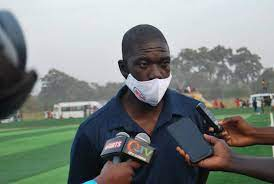 Coach Ebou Jarra was speaking to journalists on Saturday after his side, Real de Banjul’s 2-1defeat to Brikama United in their week-twelfth fixture of 2020-2021 the (GFF) First Division League played at the Late Ousman Saha field at Yundum.

Coach Jarra stated that both Gregory Sambou and Habib Mendy should be sent off but the central referee Nyagado decided to send off Sambo and allowed Mendy to continue the match.

The result and the decision to send off Gregory Sambou and let Habibouu Mendy continue made Real De Banjul coach to voice out his disappointment at the central referee Lamin Nyagado.

“It was really shocking that we lost to Brikama United and we had two chances to score but the most shocking thing I have ever had in the life of football and anybody can come and tell me this is what a referee told them,” (sic) he said.

“In the first period of the game, Brikama United defender Habibou Mendy was booked with a yellow card because we had an attack which he stopped,'' Coach Jarra stated.

Central referee Lamin Nyagado, from a distance he ran towards the player with no shuffling and fighting and hedecided to took his hand and put it in his pocket and changed his mind about whatever he wanted to do. But later when I went and asked him about his decision not to send Habibou Mendy off after that challenge, he (referee) told me he was putting his whistle back to his pocket.”

“I thank both sides for playing a very good football. I’m very happy that I collected the maximum against Real de Banjul.

We have a very good record against Real (losing only one) since I joined Brikama United,” he said.

“The past training sessions with my players have been one of the bests.

The defeat was Real de Banjul's third defeat of the  with 19 points on third position, two points above Brikama Unitted who moved to sixth position after collecting their fourth win of the season with 17 points.

Papiss Nyassi scored both goals for Brikama United in the early 6th and 87th minutes of the game.

Ebrima Singhateh's 24th minutes strike before defender Gregory Sambou was sent off at the dying minute of the match proved to be a consolation for Real De Banjul.

Waa Banjul defeated B.K. Milan 1-0 in a game played at the Independence Stadium in Bakau.

''Coach Fatty has been a valuable member of BK Milan club and made positive impact during his stint at the Bakau based-team,'' the club said.

The club however, said that they are very much appreciative of his service and wish him all the best in the near future. 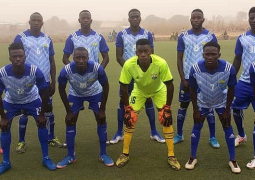 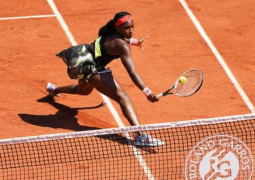 American teenage sensation Coco Gauff defeated No:25 Seed Ons Jabeur in straight sets 6-3, 6-1 to reach her first ever Grand Slam quarterfinals at the French Open in Paris. Gauff 17, who remains the youngest player at the Roland Garros overpowered 26-year-old Ons Jabeur of Tunisia in just 53 minutes. 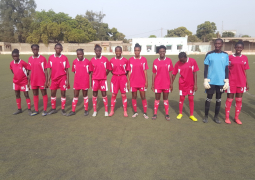 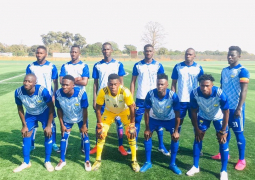