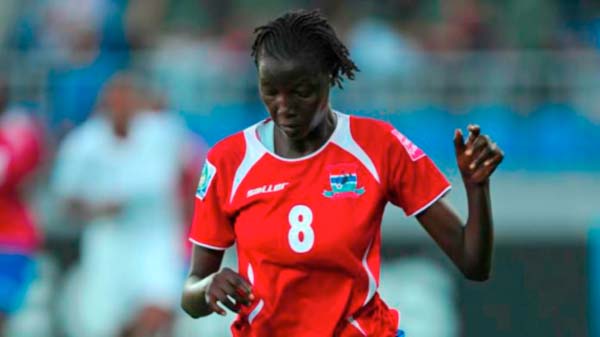 In its latest edition published on its website, Fifa.com brought the Gambia to its prime pages spotlighting the achievements of the Women Scorpions.

The spotlight follows a series of friendlies for the Gambia Women National Team and their participation in the West African Football Union Cup of Nations (WAFU) and the Scorpions debut in the World ranking dotting to 113th place.

“It’s good for morale and rewards all the efforts made by the players and by our federation to develop women’s football in our country,” she told FIFA.com.

“It proves that, even though we’re a small country, we can do great things when we’re given the means. And while there’s still a lot to be done before we can realize our other dreams, I’m convinced that it’s only a matter of time’’.

Almost eight years have passed since the midfielder made history for Gambian women’s football by scoring the team’s first goal at a FIFA women’s tournament.

The setting was the FIFA U-17 Women’s World Cup Azerbaijan 2012 and their opponents that day were France, who would go on to take the title.

“Despite our three defeats there, that World Cup still holds great memories for me.

And that goal will obviously be etched in my memory forever,” she says. “Besides, I never tire of watching replays of it and hearing the commentator shout, ‘Penda Bah makes history for the African side!‘ I will never forget it – that goal is right at the top of my playing CV!”

It is a CV that is already impressive for someone so young. Captain of the senior team when just 21, the Brikama native has long carried the hopes of her country.

Expectations began in earnest after scoring that goal at Azerbaijan 2012 at the age of 16, with plenty more goals following for her then club Makasuku United.

“It was during this period that I realised I could succeed in football,” she explained, “My team, where I was the top scorer, were promoted to Gambia’s second division, after which I devoted all my time to football.”

The player’s ball skills would not go unnoticed for long. Interior FC, a top-flight club in her country, came calling and Bah decided to move to further her career.

Four years later, the Gambian championship had become too small for her immense talent, so the player signed for Dream Stars Ladies, one of the leading sides in Nigeria’s highly regarded Premier League.

I promised myself that one day I’d become a professional footballer… and now it’s happened. I’m very proud of that,” she says.

Inevitably, with a trajectory like that, much is expected from the player with the national team.

However, this does not unduly worry Bah, despite her young age: “I’m the captain, so it’s only natural that things are expected of me.

But I like the pressure, as it helps me stay positive and focused,” she admits.

“And I’m convinced that the key to success for our team lies first and foremost in working collectively and sharing responsibilities.”

With Bah leading by example, it seems the only way is up for Gambia. 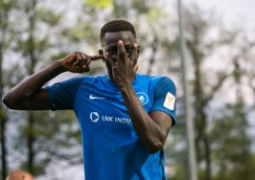 Gambian midfielder Alfusainey Jatta has scored his second league goal for his Latvian side FK RFS during their 3-0 home win over Tuhums during their week-14 fixture of the Latvian Premier League played at the RFS Jana Skredela Sporta Komplekss Dabigais Segum on Thursday. 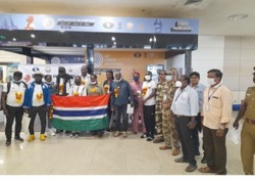 GCF delegates arrive in Channai ahead of 44th Chess Olympiad