Fortune FC continued their winning form in pursuit of their first ever division one league title after defeating Hawks FC 1-0 in their week fifteen fixture played at the Independence Stadium on Saturday. 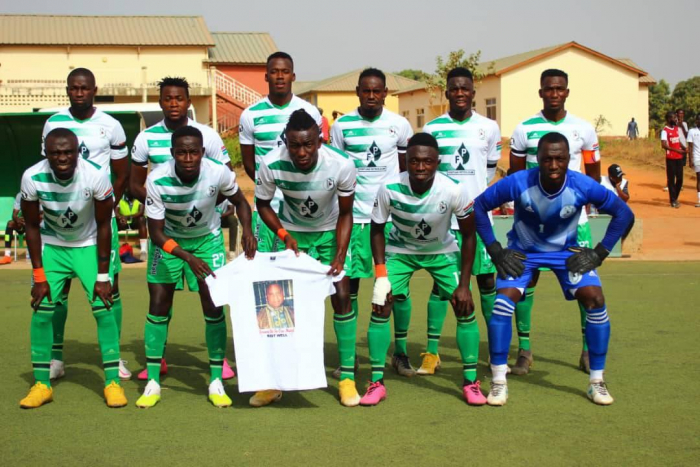 Petroleum Boys, Fortune FC scored the only goal of the game through Lamin Saidykhan’s stunning left-footed volley in the 9th minute of the first half.

The win has restored the Farato-based team’s 9 point clear at the top of the standings over nearest challenger Brikama United, while Hawks FC occupy eighth position with 16 points after 15 matches.

Elsewhere on Saturday, Banjul United collected their third win of the season thanks to a goal to nil win over Gambia Ports Authority (GPA).

Musa Jarjue scored the only goal of the game for the Banjul-base team in the 47th minute of the game to extend their push out of the relegation zone.

The Gambia Ports Authority, who was one of the title challengers during the first round of the league has now suffered its third defeat in its last four fixtures.

Tallinding United, under the guidance of Coached Sana Darboe, let slipped their lead as they suffered a last-gasp equaliser in their previous fixture against Elite United, but history repeated itself when Muhammed ‘Mboma’ Sawaneh smashed in a beautiful 25-yard free-kick in the 76th minute.

The win catapulted Tallinding out of the drop zone for the first time in many weeks to 11th position with 13 points, while Waa Banjul, who would have moved to joint third with a victory in the encounter remains on sixth position with 21 points.

Elsewhere, on Saturday, BK Milan also registered a hard fought 1-0 win over Gamtel in a match dominated by the Telecom giants.

B.K. Milan mesmerising forward Buba Jammeh smashed in a left-footed volley to break the deadlock after some brilliant team play in the 57th minute of the game.

Gamtel was earlier awarded a penalty but BK Milan goalkeeper Alagie Saho dived to his left to parry away the resulting spot-kick and ensured his side went into the break leveled on goalless.

The win saw B.K. Milan moved to 9th place on 15 points, above Gamtel who sits 12th position on goal difference.

Brikama United continued their winning formula after defeating The Gambia Armed Forces (GAF) 4-2 in a pulsating encounter on Thursday.

The ‘Sateyba’ Boys took a 2-0 lead through former Gambia youth international Domingo Manneh and Buba Bojang in the 5th and 14th minutes respectively before Papiss Nyassi added a third in the 54th minute in what was his 10th goal of the season.

The Khaki Boys, GAF came back into the game with two quick goals from Lasanna Jarju and Kabiro Joof in the 59th and 63rd minutes before Ebou Kanteh wrapped up the score line for Brikama United in the 66th minute.

With the win, Brikama United has closed the gap on runaway league leaders Fortune to six points with 26 points from 15 matches, while GAF is three points adrift of Brikama United on third position with 23 points.

Elsewhere, on Thursday, Elite United came from behind to beat 10-man Real de Banjul with almost the last kick of the game.

Real de Banjul took the lead earlier on through Kebba Sallah in the 4th minute of the game before Elite United leveled the scores through Bubacarr Tambedou in the 14th minute as the two sides went into the break leveled one apiece.

Elite United scored a heart breaking last-gasp winner through an own-goal to push Real down to seventh position with 21 points and moved to fourth with 22 points.

On Sunday, Wallidan FC registered their third win of the season after defeating struggling Marimo 2-0.

Abdoulie Manneh and Malick Jobarteh’s goals in the 51 and 64 minutes respectively ensured Wallidan extend their moved out of the relegation zone to five points above.

The result was the fourth straight lose for Manjai-based team, Marimoo under the guidance of Momodou Jallow.

Wallidan now has moved to eighth position with 18 points, while Marimoo dropped to the relegation zone on 13 points, leveled with Tallinding United. 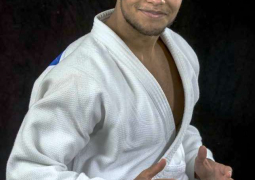 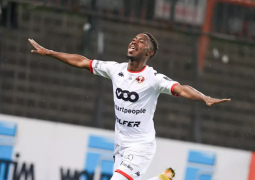 Scorpions midfielder, Ablie Jallow scored a wonderful goal during his Belgian side RFC Seraing 4-2 away win over RWD Molenbeek in their-nineteen fixtures of the Belgian First Division B (second division) played at the Edmond Machtens-Stadion on Wednesday. 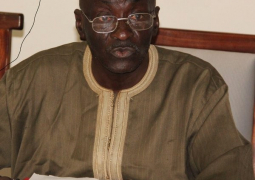 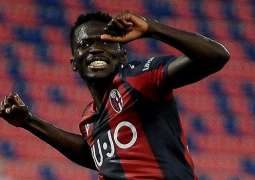