The Gambia Chess national team is currently participating in the 2021 FIDE online Chess Olympiad, which begun on Friday 20th August 2021 at the American Corner along Kairaba Avenue.

This is the second time the Gambian team is taking part in a FIDE online tournament, after successful participating in the first edition held in 2020, due to the COVID-19 global pandemic.

The world Chess governing body FIDE confirmed that 155 teams divided into four divisions are taken part in the tournament, with squads of Russia, USA, China, India, Ukraine at the top of the list.

Last year, The Gambia Chess Federation registered both the male and female teams for the online championship, but they included the junior category in this year’s tournament.

Ebrima Bah known as ‘KRU BOY’ and Demba Jobe registered for the senior male category while Sira Jallow and Fatou Jabbie are in the female category.

Mathew Aziz and Christina Aziz are registered for the junior category.

Speaking ahead of the tournament, Amadou Jallow, president of The Gambia Chess Federation expressed delight with Gambia’s participation in the second edition of the FIDE online Olympiad.

He said this will avail the players the opportunity to widen their experience in competing in the global state against bigger nations.

“Despite the challenges brought about by the global coronavirus global, GCF endeavoured to register in three categories to boost their moral, especially the noes” Mr Jallow added.

Sasuna Mbaye, 1st vice president and Habib Mboob, the team captain, have been coordinating on the logistic arrangement to enable the teams give respectable performance.

The Gambian team is expected to play 11 rounds with different countries during the competition. 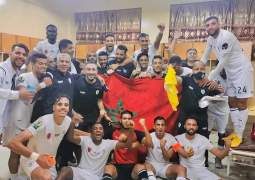 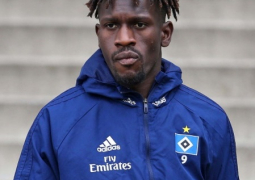 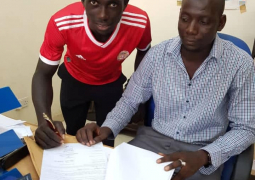