For a country, where opportunities are not many, the tendency of young talented sportsmen and women falling into the trap of criminals disguising as so-called sports intermediaries or agents is quite very high.

It is against this reason, that over the past two weeks, the Gambia Sports Journalists Association, (SJAG) and Mission89, an NGO based in Geneva, in close partnership and stakeholders have been dialoging to raise awareness on Trafficking in Sports in The Gambia.

A media run/walk and a roundtable virtual meeting under the theme “The role of national stakeholders in the fight against trafficking in sports in The Gambia” were separately held and attended by stakeholders including the Gambia’s Youth and Sports Minister,  Hon. Bakary Badjie.

The event sought to highlight responsibilities of stakeholders in the protection and support of victims and potential victims of sports trafficking.

The initiative is seen as very important to raise awareness to avert future occurrence of what is now described as “modern day slavery”.

The #NotInOurGame campaign is to increase people’s awareness on unsuspecting traffickers who use tricks to lure innocent young sportsmen and women with fake promises of helping them to develop their careers.

Yann Coelenbier, co-founder of Mission 89 said: “through Mission 89’s flagship #NotInOurGambia campaign, we educate potential victims and give them the information they need to distinguish between genuine and fraudulent opportunities.

#NotInOurGame is a declaration that human trafficking has no place in sport and needs to be stamped out,” added Lerina Bright, Executive Director of Mission 89.

Musa Sise, President of the Sports Journalists’ Association of The Gambia, describes the event as “very important and timely” as part of the global efforts to curb trafficking in sports.

As an advocate and promoters of sports, Sise said, though not common in The Gambia (as at the time of the event), the issue of illegal migration is a concern for The Gambia, where many have left the country in search for better opportunities with many losing their lives in the sea.

He cited Ms Fatoumata Jawara, former National U-17 Women Goalkeeper who died while embarking on the illegal journey. Like her, many talented sportsmen and women have abandoned the game with the hope of gaining better opportunities to pursue professional football.

“We want to kill it, #NotInOurGame,” said Musa Sise, President of SJAG

In the last four months of 2020, 101 intending illegal migrants were intercepted, said Foday Gassama, Commissioner for Migration Management at The Gambia Immigration Department. In addition to the anti-trafficking domestic laws, Mr Gassama is hopeful that a united approach is the solution to the problem.

“In 2020, there were 285 voluntary returnees from Niger and Libya who were taken by smugglers. There was also the returned of 37 trafficked women to Lebanon.”

At the end of the session, participants resolved that there is the need for stakeholders to join efforts and collaborate, back by progressive laws, to raise awareness on the menace through the use of various available media platforms. 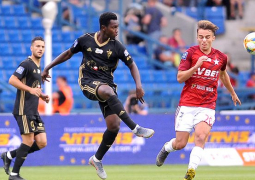 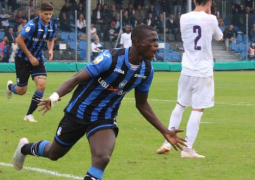 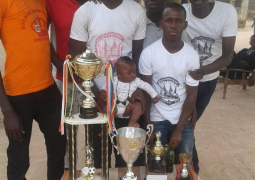