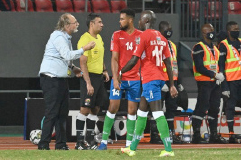 The Gambia is paired against Mali, Congo Brazzaville and South Sudan in Group G of the Africa Cup of Nations qualifiers for Ivory Coast 2023.

The Belgian coach, who was speaking in an interview after the draw on Tuesday, said it is a fair draw for The Gambia, after avoiding big guns such as Nigeria, Cameroon, Egypt, Morocco, Senegal, Algeria, even though it was drawn against Mali.

“It is a very interesting draw and I think it is a very competitive one. It is not the easiest group but also not the most difficult,” he said.

According to him, Mali is good, as they know from the Afcon and also Congo Brazzaville and South Sudan are also good footballing nations.

“It will be important to be consistent and not to drop unnecessary points and, in the end, we will have to see if they are enough points to see us through as one of the top two.”

Coach Sainfiet noted that, it is not an easy group as some take it to be adding that, Congo Brazzaville is better ranked than The Gambia on the FIFA Ranking and they have a good team of European-based professionals.

“Mali has naturally been a good country for many years, 50th in the world and South Sudan we played against them last year and they are developing very well and it is not an easy opponent. So, we need to be focused and have respect for our opponents not to underrate or underestimate any opponent and then we have a fair chance to qualify but we have to work for it because it will not be given to us.”

The Belgian, who guided Gambia to its maiden AFCON in Cameroon and an eventual sixth place finish, said that it would not be an easy task, noting that as a coach, he is looking forward to starting the qualifiers.

“It may be nice to know that we played all three countries in the last two years. We met Mali in the AFCON and drew 1-1 and last October in Morocco we won 2-1 against South Sudan and in October 2020 we defeated Congo Brazzaville 1-0 in Portugal. But those are friendly and they are in the past. Now we have to look to the future and like I said, it is a very competitive group and it will be close in the end between three countries, I guess.” 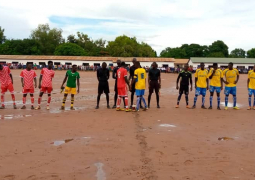