The Gambia Local-based team (CHAN) and The Gambia Foreign-based (Professional) players played a goalless draw during a charity friendly match played at the Independence Stadium in Bakau on Monday evening. 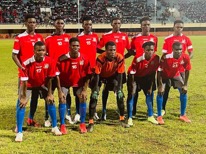 The initiative led by the Scorpions was meant to raise funds to support the activities of the two fans clubs of The Gambia - the National Scorpions Fans Club and the Smiling Coast Fans Club.

The game was organised to help Coach Alagie Sarr and his team prepare for the CHAN qualifiers next month.

Ebrima Sohna, retired Scorpion player, who also doubles as the organiser of the charity match, said the monies gained during the friendly game would be shared among the two fans clubs to assist their activities.

“Both fans clubs are aware that the charity match is for them which is why they are all present,” he said.

According to him, the charity match is a good test for The Gambia CHAN Team who are preparing for the CHAN qualifiers, noting that playing against the Gambian professional players and containing them to a goalless draw is a good result.

He added that they felt really happy to play at home before the fans, noting that they could pay the Gambian fans for their support.

“I am really happy seeing the fans turn out for the game. I cannot wait to see them again during our September game against Mali.”

He continued: “The Gambia has very good talents, players and coaches. The CHAN team is very good. They are very compact and solid in defence. I can see that the team (CHAN) has a structure which is very important,” he said.

According to him, if the CHAN Team keeps pushing with such performance they could qualify for the CHAN to be held in Algeria.

Bun Sanneh, captain of The Gambia CHAN Team, hailed his teammates for their wonderful performance against the senior team, adding that the friendly game was very important as it helped them to get some experience ahead of the CHAN qualifiers against Guinea Bissau.

“We have a great team and played well with a great atmosphere. It is great that we have another test game with our senior team to gain some experience from them. We learnt a lot to prepare ourselves for our upcoming qualifiers next month.”

On holidays in The Gambia, the Scorpions players thought the test match could be one way they could help in supporting the fans' initiative. Also part of the initiative was Tiktokers Our Homeland Movement.

The Gambia senior national team; the Scorpions are set to assemble in Morocco today, Monday 4 October 2021 ahead of their international training camp. 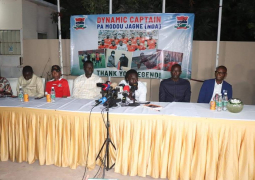 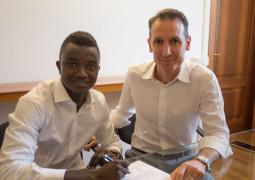