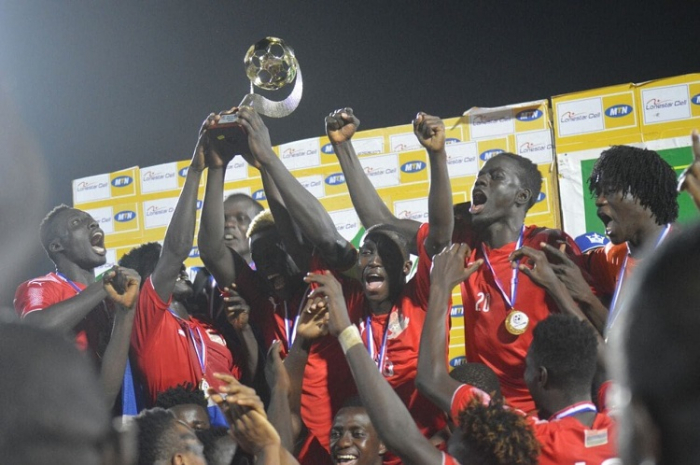 Mboge disclosed that home-based selected players will undergo an intense training programme (Camp) at the National Technical Training Center (NTTC) from Sunday 18th October.” However, this is subject to Government’s approval.” The programme is designed to prepare the squad to perform at the upcoming zonal tournament which now doubles as the qualifying tournament for the 2021 U-20 AFCON that will be hosted by Mauritania.

Mboge said he was looking forward to the challenge even though the current health situation has taken everyone’s attention and focus.  “The future remains bright and we can only be excited at having so many talented young players coming through. I really can’t wait to get back on the training pitch to start working with them and help to develop these players so that they can fulfill their dreams of becoming professionals and play at the highest level, that’s my job as their coach.”

The tournament to be hosted in Senegal is scheduled for Friday 6th – Sunday 15th November 2020. It could be recalled that the Young Scorpions triumphed in the inaugural edition held in Monrovia, Liberia in May 2018, before taking home a bronze-medal at the November 2019 edition held in Conakry, Guinea.

The Senegal edition in 2020 (hosted by the 2019 champions) is the first time that WAFU A and CAF have come together at U-20 level. This is subsequent to the zonal qualifying format for the U-17s that first started in 2018 where the tournament finalists in each zone received a ticket to the junior AFCON, except the zone who would host the finals. As Mauritania are the next U-20 AFCON hosts, there is only one qualifying spot available in WAFU ‘A’, therefore only the 2020 winners will seal their place at the 2021 U-20 AFCON.

“We know that as hosts and defending champions Senegal will be amongst the favorites, but we will also join them thanks to our strong record in the past two tournaments. I’m looking forward to the fierce competition for places and we are confident that we will have a team that will be able to compete amongst the best as always and carry the Gambian flag to higher heights.” Mboge commented.

He noted that overseas players who are eligible for U-20 selection will also be considered but “bearing in mind the current COVID-19 crisis, travel restrictions and quarantine rules, it may be difficult to involve them. In any case, we hope to have a strong base of domestic players that can be strengthened with our players competing abroad.”

However, eighteen clubs are represented in the squad, with 26 players from the Men’s First Division and 6 players from the Men’s Second Division. The most players come from Waa Banjul (4). The quartet of Pa Ebou Dampha, Ebou Camara, Momodou Salieu Jallow and Ba Lamin Sowe helped Waa Banjul to an impressive first round unbeaten record in the 2019/20 season before the COVID-19 crisis forced the cancellation of the league. Defender Habibou Mendy is the lone player who has featured for the Young Scorpions in both the WAFU U-20 2018 and 2019 editions earning a gold and bronze medal for his exploits with the team whereas, Lamin Saidy and Tijan Marr also took part in the 2019 tournament. Former U-17 captain Famara Camara, who led the side at the 2018 U-17 Zonal Qualifiers also held in Senegal, graduates to the U-20 side.

The Gambia Young Scorpions hold a strong record at the WAFU U-20 competition, playing 9 games in 2018 and 2019, winning 5 games (2 via penalties), drawing 3 and losing 1 (via penalties) scoring 8 goals and conceding 5.In six of nine games played at the WAFU U-20, a Gambian has been awarded the man-of-the-match; Abdoulie Sarr, Saikou Touray, Alfusainey Jatta and Matarr Ceesay (3). Best Goalkeeper awarded to Yankuba Colley in 2018 and Best Player awarded to Matarr Ceesay in 2019 who was the team captain. The Young Scorpions remain unbeaten in 90 minutes of play across nine games, totaling 810 minutes of football. 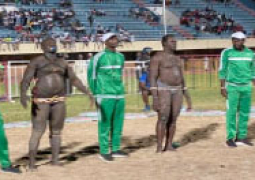 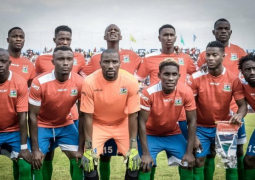 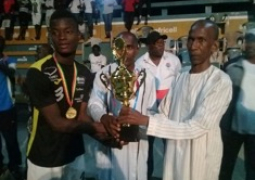 The fourth edition of the Senegambia Volleyball Cup kicked-off in Banjul on 25 May 2022 through 30 May 2022 where 8 volleyball clubs from The Gambia and Senegal are taking part.