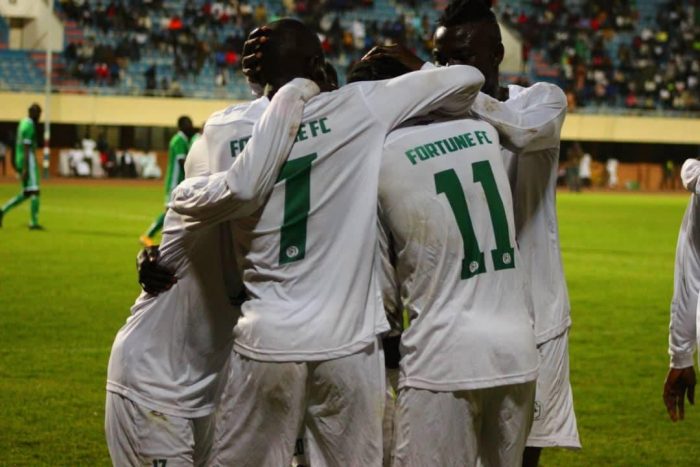 Petroleum Boys, Fortune FC defeated The Gambia Armed Forces 1-0 to extend their lead at the top of the table to seven points.

The game was played at the Independence Stadium on Friday night.

Salifu Saho scored the game’s only goal for the league leaders in the 70th minute of a game witnessed by hundreds of spectators under the floodlights of the Independence Stadium in Bakau.

The Soldiers came into the encounter with the aim of closing gap but failed to capitalize on their little chances created.

The victory has now extended the Farato-based team (Fortune FC) lead at the top of the standings on seven points after collecting 29 points, while The Gambia Armed Forces sits 2nd position with 22 points after 13 matches.

In the second encounter on Friday, Real de Banjul were forced to a goalless draw by arch rivals Banjul United in a keenly contested Banjul-derby encounter played at the Independence Stadium in Bakau.

Real de Banjul, who came into the game under new coach Bai Malleh Wadda were given a difficult task by struggling Banjul United.

Real de Banjul who started the league struggling to get to the top of the league standings show them sack previous Coach Ebou Jarra and appointed Mai Malleh Wadda as his successor.

The draw has left both teams struggling following a poor start to the league. Real sit fifth position with 20 points, while Banjul United occupy second from bottom (13th) position with 12 points after 13 games.

On Saturday, Waa Banjul won Gambia Ports Authority (GPA) 1-0, thanks to substitute Ebrima Camara’s wonderful free-kick in the 89th minute. His shot was so quick and difficult for GPA experience goalkeeper Alagie Nyabally to catch.

Dubois as he is fondly called has scored what some believed to be one of the best free-kick goals this season as it left the GPA net-minder wondering how the ball got into his net.

Saturday’s second day saw Elite United and B.K. Milan played a 2-2 draw in a very intriguing and thrilling encounter which made many spectators at the Stadium entertained.

Academy Boys, Elite United started the game brilliantly as they opened the scoring in 17th minute before Lamarana Jallow extended the lead for Elite United with a strong shot outside the 18-yard a minute later.

Kachikally Boys, B.K. Milan came from back to cancel Elite United’s lead thanks to Buba Jammeh’s brace in the 42nd and 65th minutes respectively. 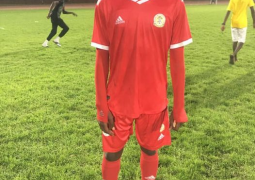 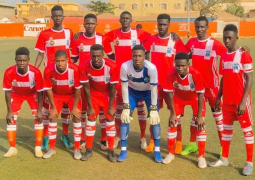 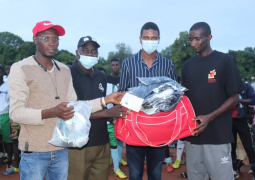 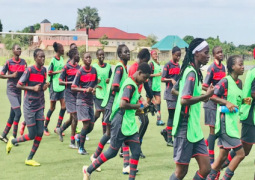 Gambia women’s U-20 coach Foday Bah has trimmed his provisional squad by announcing a 26-woman list that will continue training ahead of this month’s FIFA World Cup qualifiers with Burkina Faso.