FIFA President Gianni Infantino on Tuesday congratulated The Gambia for securing a maiden qualification to the African Cup of Nations finals. 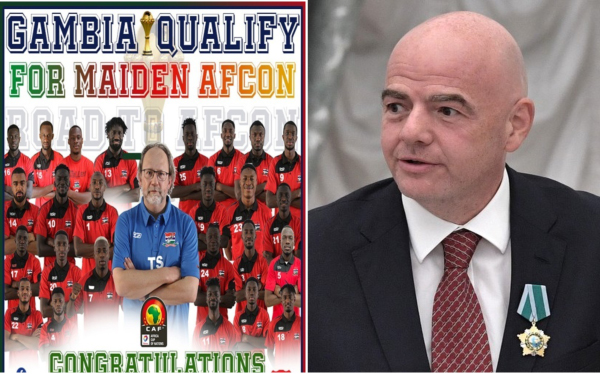 Infantino, who was writing to his Gambian counterpart Lamin Kaba Bajo, described the success as a result of determination and hard work.

The Scorpions defeated the Palancas Negras of Angola 1-0 in a crunch qualifier match played at the Independence Stadium last month.

“Please allow me to congratulate you and your senior national team for the historical first qualification to the finals of the CAF African Cup of Nations.

This achievement is the result of the determination and hard work of everyone involved whom I congratulate wholeheartedly, and you can certainly all be proud,” Infantino said.

“I wish you good health and I look forward to keep on working together for the future of football in The Gambia, in Africa and around the world, and to seeing you again very soon,” Infantino posited.

The Gambia finished top spot in Group D of the qualifier that consisted of another two African giants in the Democratic Republic of Congo and Gabon.

It is undoubtedly the most successful period in Gambian football history and by far its greatest achievement.

In the same letter, the Swiss-Italian football administrator thanked the GFF boss for his continuous support offered to him, further reassuring Bajo of FIFA’s support to Gambian football and at all times.

“Thank you for your support and appreciation, as we move forward with our mission to shape a better football to make it truly global.

You can be ensured that FIFA stands fully behind each and every one of its 211 Member Associations in such a particular period.

Over the last months, the football world has shown incredible solidarity and conveyed a strong and unequivocal message of unity to the world,” he added. 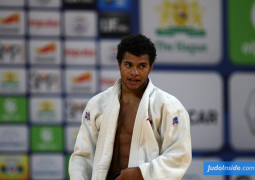 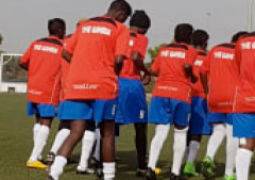 Scorpions, the Gambia’s senior national team have been drawn against Tunisia, Mali and Mauritania in Group F for the upcoming Africa Cup of Nations tournament to be held in Cameroon, in January next year. 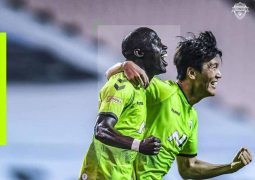 South Korean club Jeonbuk Hyundai Motors new-signing Modou Barrow scored the opener and set up Han Kyo-won for the winner as Jeonbuk secured a vital 2-1 win against Ulsan to close the gap at the top of the 2020 South Korean Premier League (K League 1) table to just two points.