The Confederation of African Football (Caf) has sent dates for the first two rounds of the group phase to member associations, and qualifiers for the 2023 finals in the Ivory Coast will be played daily from 1-9 June, with further fixtures on 13 June.

The games have been spread out to accommodate plans by Africa's five representatives at this year's World Cup and other countries to squeeze some friendly matches into the two-week international window.

Qatar-bound Morocco are playing a warm-up against the United States in Cincinnati on 2 June, which means their Group K fixtures against South Africa and Liberia only take place on 9 and 13 June, after many of the other countries have already competed their first two group.

World Cup qualifiers Ghana and Tunisia will both play in the Kirin Cup in Japan on 10 and 14 June, once their first two qualifiers have been completed.

Meanwhile, Nigeria have fixed friendlies against Mexico in Dallas on 28 May and Ecuador in New Jersey on 2 June before they play their Nations Cup qualifiers against Sierra Leone and Sao Tome e Principe or Mauritius.

The outcome of a protest by Mauritius that Sao Tome's lead striker Luis Leal did not present a valid Covid-19 PCR test before the first leg of their preliminary round tie in Mauritius in March is still to be announced by Caf.

Caf has told BBC Sport Africa that its disciplinary committee will meet to discuss the Mauritian appeal on Sunday. If Mauritius are successful, they will take the place of the Saotomense in Group A with Nigeria, Guinea Bissau and Sierra Leone.

Qualifiers for the 2023 Nations Cup, much like the 2022 World Cup preliminaries, are again characterised by a high number of countries having to move their home matches to neutral venues because of the poor standard of their stadia.

Malawi are hoping a Caf inspection of their Bingu National Stadium in Lilongwe will prove successful and allow them to host their clash against Ethiopia on 2 June there, or otherwise they will play the game in Johannesburg.

The issue of Kenya and Zimbabwe's participation is also still in the balance as both were included in last month's draw on the premise they might have their global bans, imposed by world governing body Fifa, lifted.

But there has been no movement over the past few weeks on the issue for either country, who, if they do not have their suspensions lifted two weeks before their first matches, will be kicked out of the competition.

The third and fourth round of qualifiers will be played in September, with the last two rounds in March next year.

The top two teams in each of the 12 groups will advance to the finals, except from Group H where only one qualifies as the Ivorians are already assured of a place at the finals as hosts.

Holders Senegal, who clinched the 2021 Nations Cup by beating Egypt on penalties in the final in Cameroon in February, will face Benin, Mozambique and Rwanda in Group L. 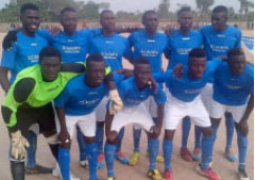 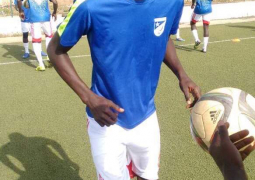 Ajax FC sailed to the 2020-2021 Gunjur nawetan proper following their 4-3 penalty shootout win over Kulukochi United after a goalless draw in regular time at the Gunjur Upper and Senior Secondary School Football Field.