Where Does Imam Baba Leigh's Defense of Gay Rights Stems From.

First off, I have huge respect for Imam Baba Leigh as an outspoken and all out Islamic cleric/scholar and activist of our time bent on preaching the word of Allah Subahana wata'alla and His Prophet Muhammad Sallahu Allayhi Wasalam. Alot of us knew Imam of speaking truth to power even if it means to the detriment of his life and livelihood during the former regime of Jammeh.

In light of the aforementioned, I have never in my wildest dreams pegged Imam Baba Leigh of all for a Gay rights advocate or whatnot especially in his capacity as a commissioner for the National Human Rights Commission. The fact that he serves the institution that has most recently and publicly recommended for The Gambia government to defend Gay rights is so unlikely and weird of the company Imam Baba Leigh keeps and beyond comprehension as a Gambian of Muslim or Christian faith. I wonder what must have informed his decision to be in defence of gay rights - an unGambian issue so to speak. But time will tell.

Imam as we know should have been outspoken about the ills of Gays and delve more into the history of those engaged in the act before us and what later became of them. The history is there. He should have used his position as an Imam to stamp out this gay rights recommendation or resign and continue to speak ill about it in his deliberations, sermons and conferences. That is what is expected of him as a religious leader.
It's not like we have a gay community parading in the streets every now and then like in some other countries.  No we don't. Gambians are thinking of buttering their bread, paying school fees, rent, medical expenses and among other things not wasting time and resources in this issue that can attracts the wrath of God on our dear country.

And for the sake of clarity, I am not necessarily appreciate the work of the NHRC on other areas but defending gay rights should be a no-go area for a baby institution that is yet to make its indelible mark. It will only make their work difficult for people will start boycotting and petitioning against what they represent in the first place.

By now it is quite clear that alot of Gambians and well wishers are disappointed with the recent recommendation by the NHRC knowing that our able Imam is the mix. It's heart wrecking. We hope they rescind their decision and dig deeper into other pressing issues. God bless the Gambia, our homeland. 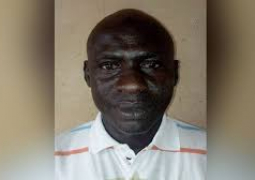 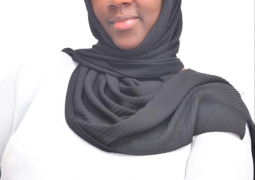