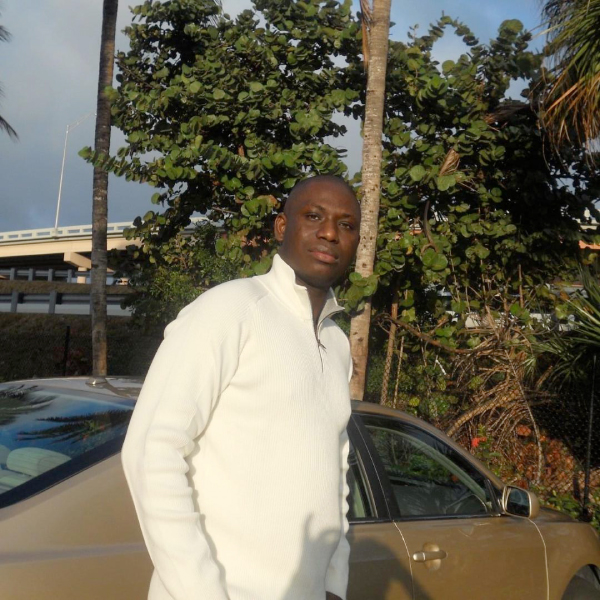 It is important for people to understand and frame the current unrest in the United States as a struggle by moral people. This long historic struggle for justice for the descendants of people who endured slavery for 250 years, who then endured 100 years of legal apartheid and who had full citizen rights for only 50 years neither did not start today nor from thin air.. It started 401 years ago.  As Dr. King taught us, the arc of the moral universe is long but it bends towards justices. As I pen these humble views and understanding of a society, I lived in for quarter of a century, the Governor of the state of Virginia agreed to take down the status of Robert from Richmond, which was the capital of the confederacy.  This is history in the making.

The United States of America born out of a revolution must accept that revolutions, riots, and protests have never developed without reason. Throughout human history, they have usually arisen primarily due to inhumane or economic conditions that continue to exist and which the elites—the one percent and the powerful fail to condemn or remedy. Revolutions, riots, and protests are a form of speech of the unheard, the minority, and the economically and politically disadvantaged.

One can argue that throughout human history the world revolved around the interests of the elites—the one percent and the powerful—rather than the principles of justice. The interest and passion of the elites—the one percent and the powerful—will never conform to the dictates of reason and justice without revolutions, riots, and protests. They are essential for freedom because they serve as check on the human tendency of the desire to exist in a state of willfulness.

On the night of July 14, 1789, a duke brought news of the fall of the bastille to King Louis XVI, who responded, “Then it is a revolt.” The duke replied, “No, sire, it is a revolution.”

I draw a parallel to this moment of history because many people think that the current protests and riots against police brutality and systemic racism across the United States of America is a mere slave revolt in a plantation in the backwoods of the South.  No, America, it is not; it is an overdue revolution.

Scholars of American history and politics have long argued that the foundational ideals of the United States of America are contradictory. Balancing liberty, slavery, freedom, and oppression in the formation of a union was no small challenge. This is why the United States was created and continues to exist in a fundamentally inharmonic atmosphere; the atmosphere is inharmonic because on the one hand, the sole of the foundation is based on the belief in the inalienable rights of people, and on the other, the quite alienable lives of those deemed less than human.

The United States was founded via a revolution, on white supremacy, in violence, built by blood of slaves, maintained by cruelty and inequality. America exists for the interest of the overbearing elites—the powerful and the one percent—rather than the principles of reason and justice. This is unsustainable, unfair and unconscionable.

Inequality today is a result of the framers’ failure to reconcile contradictions. Because of the need to expediently mitigate a brewing crisis, the framers punted on equality, which would end up having enormous consequences for the American experiment.

The British knew the South was a liability for the framers, and the framers knew that democracy was a numbers game. There were more slaves in the South than in the North; the crisis boiling during the Constitutional Convention had to be contained, because it had the potential to end the framers’ mission before it started. To hold the young nation together, the framers thought the three-fifths compromise would mitigate the risk of fragmented states asking for independence. The British were waiting for a disagreement about slavery and a chance to prey on a divided America. Small and weak nations always fall prey to powerful nations.

The fears of the framers and the urgency of maintaining a union at that moment in history is understandable. What transpired after the crisis ended was unconscionable.

While designing America, the framers made many compromises and sacrifices, but of all the sacrifices and compromises in the Constitution, perhaps the single most controversial one was the three-fifths compromise. This was an agreement to count three-fifths of a state’s slaves in the apportioning of representatives and presidential electors and in the levying of direct taxes.

America is suffering from multiple personalities that emerged during its creation. The historic moments that we are witnessing today are a direct result of the impossibility of trying to balance tyranny and liberty in broad daylight. For far too long America has tried to fool the world about liberty, freedom, rule of law, and equality. For far too long Americans have been seeking to have it both ways. Do as I say but not as I practice. For example, the framers preached, “All men are created equal” while they themselves held slaves.

One can argue that the intent of the framers was not for America to work forever as they designed it but for those who would come after them to tweak it. This is where the ideological battle lines were drawn.

Politics is about who gets what and how, so tweaking the Constitution and the system to support the whole rather only the majority was either too arduous a task for those who followed or they willfully chose not to do right by over 13 percent of the population. We should not be surprised that America is not working. What we should be surprised about is how long it took the world to figure out that the emperor has no clothes. The so-called leader of the free world and defender of democracy is fake and has no clothes. Throughout human history, humans yearned for freedom, so the ideas that some citizens are more equal than others, that some citizens are to be protected and others subordinated, are contradictory and unsustainable.

During and immediately after slavery, the status of African Americans as human beings was by trumped their status as property. Many African-Americans were separated from their families for their owners’ economic benefit. Many slaves rebelled, and a lot more ran away, some slaves often slowed down on their jobs, avoided work, broke tools or pretended to not understand commands.

Resistance presented serious problems because it threatened the slave owners’ total control of what they the they considered their property. The best way to manage slaves was therefore the central topic of conversations between slave owners in magazines in the south. At that time southern magazines were full of advice on how to manage, discipline and break slaves.

As the problem of  slave resistance priested and became a danger to the economic interest of the slave owners elaborate systems and structures were developed to contain this treat.

Slavery was an equally devastating experience to both the male and female salves; both sexes were forced to work in grueling conditions, both males and females were subjected to physical degradation and deprived of their most basic right. Despite these aforementioned commonalities, the circumstances were different for slave men and women. Slavery had many vices, which cannot be covered in one topic; however, the biggest damage that was systemic and structural was destroying the African American man and his status as the head. Scholars of the African American experience hold that the war against the African American man was well throughout, in that the best and quickest method of destroying a sole is cutting the head was used. Understanding and applying these strategies are the reasons behind the emasculating methods of raping and whipping slave men in front of their families. The underlying agenda was for slavery and the racism that followed emancipation would worked against the

On the surface, most people see policing as the sole problem, but the problem is not just policing, The police were and still are the knights guarding a brutal system that the then property owners, now called the elites, are enjoying at the expense of blood, sweat, and tears.

Policing in America was born out of protecting property. What was property? Property was power, and property was slaves. Having property meant control, and those who had power could use it to control those who did not.

Law enforcement has always been challenging in America because it has always been a pivot for white supremacy and has been so from the beginning. A close look at the US Constitution says it in Article IV, Section 2:

In other words, if an enslaved person ran away to a free state and was caught the slave would go back to slavery.  Just as a factory needs managers, the slave system was the engine when America needed managers.

Given that slaves, as property, had to be managed, whites who owned no property at that time became managers. Whites who didn’t own property were convinced that no matter how bad their conditions were, their conditions were still better than that of the slaves. This mentality still exists today. Former Republican presidential candidate Mitt Romney’s comments about 47% of the population being dependent on the government topped 2012’s best quotes, according to a Yale University librarian because whites who are among this 47% do not know that they belong in the category.

In their haste and/or unwillingness to face the truth, the framers never addressed equality. Because of this failure, the country had the Civil War, but even this did not fully settle the issue. Later effects included segregation, Jim Crow, the Ku Klux Klan, the White Citizens’ Councils, and other extremist groups, who have scarred the American dream by their fanatical acts and bitter words. Depending on who is in office, our federal government has also scarred the dream of equality and justice through its apathy and hypocrisy. Throughout its history, the federal government has betrayed the best ideals of America and betrayed the cause of justice.

At the individual level, ordinary citizens did not help the cause of liberty for all citizens either. For example, a woman named Amy Cooper called the police on a black man who asked her to leash her dog in New York City’s Central Park over the Memorial Day holiday of 2020. The incident, though recent, is another chapter in racial dynamics in America that date back to slavery.

Amy Cooper’s actions are quintessential everyday tactics used by many, and they are rooted in an idea backed by generations of violence: white womanhood is to be protected, and black men are inherently criminal. Hands up. Don’t shoot.

The phenomenon, though unspoken, is specific American racism. This is why many have argued rightly so that ordinary white people, our neighbors, the very people our children go to school with, have also scarred the dream of justice and equality through weaponizing the police, silence, and or fear.

US Customs and Border Protection

Winning the battle against covid-19