Recent reports from social and some mainstream media outlets have reported discrimination against Africans living in the commercial city of Guangzhou in Guangdong Province of China. The outcries led a Group of African Ambassadors in China to release an official protest to the Chinese Authorities on 10 April 2020. In their protest, the Group specifically cited the eviction of some Togolese, Nigerians, and Benenois from their hotels in the middle of the night while some students are being coerced into taking COVID-19 and other medical tests, and asked to undergo mandatory quarantine.There are also reports that Chinese landlords were evicting some 100 Africans, mainly Kenyans, from their apartments as part of efforts to “curb the spread of Coronavirus”. While the reported actions are extreme and show semblance of discrimination, we strongly believe they neither reflect the general attitudes of Chinese towards Africans nor an official policy of Chinese authorities towards Africans in the fight against COVID-19, as reflected by the numerous supports China and African countries have been giving each other in fighting the pandemic.

As someone who stayed and studied in China for more than seven years and have had close interactions with Chinese at all levels for more than fifteen years, I thought to share my personal opinion and urge the continuous upholding of the mutual relationship that has existed between China and Africa, and treat COVID-19 as a common enemy. While I frown at the harassment of peaceful Africans in Guangzhou, it is also necessary to understand that Guangzhou is a trading city and one of the main manufacturing hubs in China. As with all such commercial cities anywhere in the world, the city is more likely to attract both legal and illegal immigrants than any other city in China. From personal experience, Guangzhou has a lot of illegal immigrants who may have become forced to come face-to-face with law enforcement authorities in the face of the coronavirus pandemic. Faced with threats of possible deportation, some may easily result to fighting back through the use of social and other media outlets to create alarm. Also, as we may all be aware, China is still recovering from the COVID-19 pandemic, and has put into many control and preventive measures, some of which affect even Chinese. For instance, a recent BBC program reported that in order to easily track and trace possible COVID-19 contacts,  China is implementing a “health code” service for all its residents—both Chinese and non-Chinese—as people begin returning to work after more than two months of lockdown in Wuhan, the epicenter of the virus. The “health code” service, which is run on the electronic payment and social media platforms Alipay and WeChat respectively, gives users colour-coded designations based on their health status and travel history, and a QR code that can be scanned by authorities. Though the apps are specific to each city or province, it generally allows anyone with a green code to travel relatively freely. A yellow code indicates that the holder be in home isolation, while a red code show that the user is a confirmed COVID-19 patient and should be in quarantine. For instance, when the lockdown restrictions in Hubei province were lifted, people with green code were allowed to travel within and out of the province to avoid possible exportation of the virus from Wuhan to other areas. Also, to minimize the risk of resurgence of the virus, some restaurants, shops, hotels and other establishments in Wuhan ask customers to show their codes before entering, while only those with green health codes are currently being allowed to take public transport.

While these measures have proven to be effective in suppressing the incidence of new COVID-19 cases in Wuhan and Hubei Province in general, that may not be the case in other provinces. According to the Southern China Morning Post, health authorities in Guangzhou reported 111 positive COVID-19 cases on April 7, sixteen of which were Africans with five Nigerians among them. The five Nigerians were said to be linked to a restaurant in Kuangquan Street in Yuexiu district known popularly as “Little Africa” in Guangzhou city. This reportedly prompted health authorities to impose stringent control measures for anyone entering and leaving the area. Also, part of general efforts to contain the coronavirus pandemic, Guangzhou has reportedly been screening people, and has screened over 3,780 foreigners from high-risk countries who had not been under centralized quarantine prior to entry into China. With more than 2 million COVID-19 cases and over 100 thousand death across the globe, every responsible country will take the most appropriate measures to ensure the safety of its residents. So, the actions by authorities in Guangzhou should not be interpreted as upright discrimination or racism as it has been reported by some.

China and Africa have come a long way and coronavirus should not be allowed to stand in the way of a relationship built and nurtured over many decades. The Group of African Ambassadors acknowledged this longstanding relationship in their protest statement and appreciated the excellent relations between China and African countries dating back to Africa’s liberation struggle, and Africa’s support to China in securing its rightful place as a permanent member of the United Nations Security Council. China has also continued to engage and support Africa’s physical and human capital development, and today there are thousands of African students still living and studying in China on Chinese government scholarship, even in the face of the dreadful coronavirus pandemic. On the other hand, there are hundreds of Chinese nationals working in African countries especially on developmental projects and business investments.  Except for one case of COVID-19 of an African student in Wuhan who was treated and recovered, most of our African students and legal residents remain safe and in good health—thanks to guidance provided by the Chinese government and school authorities. For instance, since the outbreak of the pandemic, some of our friends still studying in China have reported that the Chinese authorities have made every effort to meet the living and medical needs of foreign nationals, including African international students, and provided timely treatment to those infected with COVID-19. The guidance of the authorities demonstrates that China attaches great importance to the safety and health of foreign nationals, and protects their legitimate rights and interests in accordance with the law.

Many of the foreign nationals, including Africans, have even volunteered and joined Chinese in the fight against the epidemic; some leaving touching stories of Chinese and foreigners working together during these difficult times. Thus, under these severe circumstances, China has given full consideration to all foreign citizens within its borders, and even granted “super national treatment” to African residents. Also, while China is still recovering from the pandemic, the government and people of China are still supporting African countries in their ongoing fight against COVID-19, as acknowledged by the Group of African Ambassadors in Beijing. For example, China has provided batches of medical supplies to the African Union and all African countries with diplomatic ties to China. On April 6th, China-aid also reportedly delivered urgently-needed medical supplies to Accra, Ghana to be distributed to 18 Africa countries, including Liberia, to assist in their fights against COVID-19. The donation is said to include PPEs, face masks, medical protective suits, goggles, gloves and other urgently-needed medical supplies for fighting the virus. This is a great show of solidarity from our Chinese friends.

So, we should see COVID-19 as a common enemy and continue to support each other in the battle to defeat it. China remembers the supports voiced and provided by African leaders and their people during the most crucial stages of her struggle with the virus, and it is monitoring the situation in Africa. China and African countries must remain united and demonstrate brotherhood, as always done in times of adversity. China opposes all forms of discrimination and prejudice, but requires all foreigners, including Africans, in China to strictly abide by the Law of the People’s Republic of China on prevention and treatment of infectious diseases, as well as other laws and local regulations on epidemic prevention and control. Our African brothers and sisters, especially in Guangzhou, should understand and fully comply with measures deemed necessary by Chinese authorities to control and prevent a further escalation of the virus, as doing so also protects the health and safety of themselves and others. Like all other countries, China is obligated to protecting its people and foreign nationals resident in China from the importation of the virus to prevent domestic resurgence. Africans, and all other foreign residents, must understand and cooperate with China for the greater good of the world as resurgence of COVID-19 in China would mean the entire world is still at risk.

(J. Alexander Nuetah Ph.D, is an academic and Dongfang Scholar. He lives in Monrovia- Liberia.) 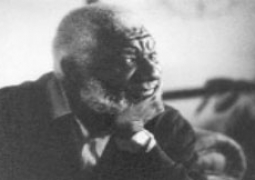