The Future Of Africa Has Been Raped By Her Leaders

It could be recalled that during the recent World Economic Forum’s 50th Annual Meeting held in Davos, from 20–24 January 2020 African leaders said that powering Africa will answer the continent’s growth in the future. According to them, powering Africa will create jobs, cause industrialization and business expansion. Unfortunately, the said dream remains a mystery. We have seen how those leaders who are elected to lead us to the promised land looted and raped our coffers. Also, we have witnessed how they woefully failed to create jobs for the youth. This has resulted in many of our cream been perish via the Mediterranean Sea while some still sleeping on the floors of China.

Transparency International never disappoints as its survey indicated that most African governments are not able to meet their citizen’s expectations due to rampant corruption, nepotism and abuse of office. It is indeed sad to know that our leaders have no hope in our healthcare and educational sector they brought to us.

Murori (2016) argued that one can only wonder why there is still a widening gap between the rich and the poor and why Africa is still struggling with poverty despite the fact that it is home to a major percentage of raw materials that are in hot demand around the globe.

Kwame Nkrumah one of our fathers of Pan-Africanism, who sought the liberation of the entire continent from colonial rule, also offered substantial assistance to other African nationalists and initially pursued a policy of independence with the United States and the Union of Soviet Socialist Republics (USSR). Must be rolling in his grave upon receiving the news from Muammar al-Gaddafi that our leaders have connived among themselves in this 21st Century to give China the opportunity to rape our resources both Fauna and Flora.

Notwithstanding he told us that Africa Must Unite “To this end, Africa needs a new type of citizen, a dedicated, modest, honest and informed man. A man submerges self in service to the nation and mankind. A man who abhors greed and detests vanity. A new type of man whose humility is his strength and whose integrity is his greatness” 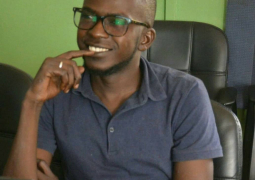