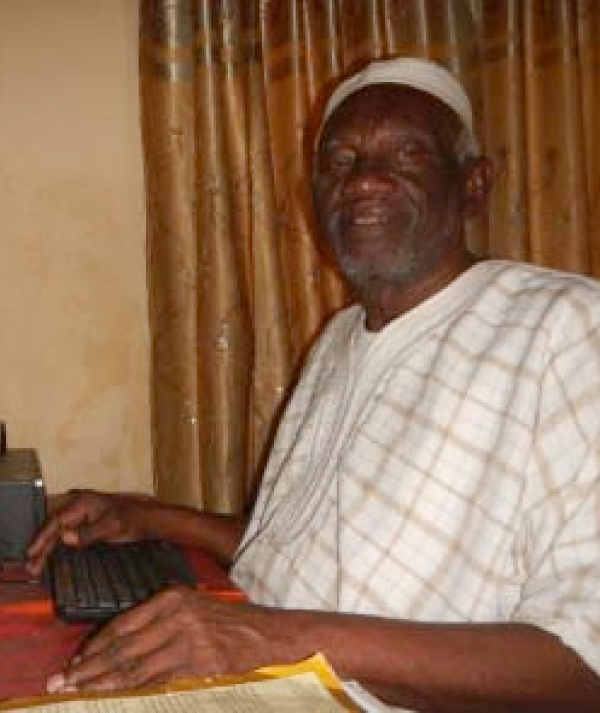 Agiant tree has fallen and with it we have lost an entire library, a scholar, public-intellectual, lexicographer, journalist, activist- Alhaji Baa Trawally wore many hats. And, today, Ballangharr (and Saloum) mourns her most illustrious “adopted son,” head-teacher, father, uncle and historian. He knew our parents and family histories and recounted them with relish. I knew him as a boy- smartly dressed in brown khaki-shorts, boots, and knee-high socks, donning a caskett; he had a larger than life persona, and towered over all.

Gambia has lost even more- the irrepressible and dynamic political actor and commentator, who “spoke truth to power.” Blessed with a long and productive life he remained intellectually versatile, armed with a razor-sharp memory. A consummate storyteller, he weaved several strands in a narrative, seemingly lost in detail just to pick-up from where he branched off. I will cherish the afternoons Honorable Kebba Touray, and I spent with him, as well as the interview Baaba Sillah and I had with him several months ago.

Alhaji Baa Tarawally will be remembered for having helped forge the Gambia’s political, and print-media histories and more. And, his legacy lies in his commitment to struggle(s) to improve lives of the poor, the marginalized, and those who suffered unfairly from government repression. He remained a critic, and perhaps an outsider to the corridors of power to the very end.

His finest legacy may yet lie, however, as the founding-teacher/head-teacher of Ballangharr School in the 1950s. He loved Ballangharr and her people and would speak effusively about his formative years there in preparation to take on Gambia and the world. He also bequetes as his scholarly legacy to this and generations to follow a nuanced and very rich, Mandina-English Dictionary. Rest in Peace Uncle Baa.

Analysis : 2022 NA Polls: The upsets, the gains, and the implications for our nascent democracy