With the convoluted political atmosphere, nobody knows where the country is heading to in this era. The controversy surrounding the CRC draft constitution 2020, the laying of foundation stones in parts of the country by the President in the midst of COVID-19, the registration of more political parties, the Central Bank Governorship appointment, the mini cabinet reshuffle and the usual dumping of sacked officials in the Diplomatic Service, and the alleged corruption at the Fisheries Ministry and else where are merely some of the major concerns adding to the state of uncertainty in the governance environment. According to many people, these are issues that cannot just be brushed aside. The Truth when crushed to the ground will rise again.

The anger of communities about land grabbing and environmental destruction, the slow pace of the reforms agenda which continues to anger the public and development partners, the continuous silence on the rosewood timber smuggling revealed by the BBC, the arms and cocaine seizures reported to have been imported by business tycoons, the COVID-19 corruption case reported in Parliament by the Health Minister, the non-disclosures of the sale of the assets of former President Jammeh and the undisclosed reason the auctioneer was paid such huge money, the alleged award of state contracts without following proper procurement rules, and the lack of executive action against institutions, officials and politicians in sectors where there is public outcry further add to the state of uncertainty.

The people are already raising fears about the outcomes of the Elections Bill and the TRRC report when it gets submitted to the government. In view of the bad publicity on social media regarding this state of political uncertainty, one wonders whether the moral conscience of the political leadership has gone on vacation in space and that there is no captain to set the direction of the ship of state.

The maintenance of a transparent and accountable governance environment should resonate with democratic governance. This is the way forward to the restoration of public confidence in the system of government and for the country to continue to enjoy the support of development partners. It is politically advisable for the leadership of the country to take stronger actions to end the speculative environment and the season of darkness the country finds herself in in recent times. The focus these days seem to be on the race to the State House in 2021. One wonders whether the presidential hopefuls are alive to the climate of uncertainty regarding the state of the nation.

With 17 political parties, the political environment is getting polarized. It will be difficult to predict which party will make it to the State House in 2021. So far, many have seen the UDP as the government in waiting. The NPP are banking on the advantages of incumbency to win the 2021 elections. What the nation is witnessing thus far is that UDP vs NPP is devolving into an intoxicating struggle for political dominance. The power struggle between these two parties gives the impression to many that one of them will form the next government. The APRC also claims to be the biggest party but it is a party in denial in its leadership. Jammeh is recognized as the supreme leader of the party, but in reality, Jammeh cannot contest anymore in Gambian elections. There is a leadership vacuum and the party must make that inevitable decision no matter how bitter it may be to name a new leader if it wants to remain relevant in Gambian elections.

The GDC party performed well in the 2016 elections. However, from the rhythm of politics in the country these times, its likelihood to the top would be in a united coalition force. The dormant nature of the other new parties adds to the wind of uncertainty about their viability. Perhaps they will be more visible in the event of coalition talks in 2021.

A winning strategy is yet to be seen from any of these political parties. Politics is about participating in the national discourse; it is about the running of our government. It is therefore to be stated that 2020 end to 2021 is the era of political accountability. Gambians must hold politicians and the ruling class accountable for promises, fulfilments, achievements, good or bad governance, development of society, etc. The politics of uncertainty must come to an end. 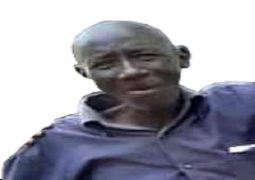 Decongestion of Banjul and KMC