THE FAITH OF GAMBIAN YOUTHS

As we get closer to the 2021 election year, the faith of Gambian youths is hanging in the balance.

The general welfare of the young people will become subject of reflections in the articulations of politicians. As usual, the youths banking on promises that will never be fulfilled, will run, dance and clap for such politicians throughout the country. Once again, in the coming year, the ordinary citizens, especially the women and youths, will be used massively and after victory, they will be ignored and dumped as has been the case over and over again.

We see the rising youth unemployment and the frustration across the country. Our youths are being deported from Europe and America constantly. It is to be acknowledged that the UN, EU, IOM, and other NGOs are making efforts to ameliorate the plight of the youths. Without donor support, the government finds it difficult to cope with the general welfare of the youths for whatever reasons.

It was an expressed concern in Parliament that the budget allocation to the Ministry of Youth and Sports should be increased. The problems faced by youths turned them into opposition supporters because promises have been broken and their difficulties resurface. For the better part of their lives they remain in opposition, complaining daily due to the failed promises of politicians. When will they learn, especially bearing in mind that the wives, parents, and children of most Gambian political leaders take a back seat during heated campaigns and are only in the front seat when glory comes?

In 2021 the politicians will be regrouping again to canvass for votes and the youths whose future will be stolen as has happened before will be expected to give their support and celebrate their victory. Under the circumstances, it will be unwise for the youths to give power to the people who will not in the end serve their collective interest. Young people should rise up to the challenges ahead of them in national politics. It is time the youths demand mandatory accountability from the politicians about their status in the development process. They are the majority of the voting age in the country.

In 2021, the youths must put their voices on the agendas of political parties and insist on firm commitments or else let them embrace consequences in the polls. There are a few things that will change the status of the youths: government focus on their welfare, the political will for their actual empowerment, and the hard work of the youths themselves to excel in social status. It must be stated that sustainability managed interventions in youth empowerment will prove to have a positive impact on their livelihoods. This calls for concerted efforts and coequal responsibility between the development partners and the government of the day.

In the long-term however, for the youths to become a game changer in the political and development process, and for them to have means to ensure their empowerment, the highly educated (graduates) and with some work experience, should contest in national parliamentary elections in 2021 in large numbers. Should they achieve sizeable victory, they will dominate parliament and become king makers in decisions that will serve the best interest of women and youths of this country. Their first action will be the introduction of an ECONOMIC RELIEF BILL for youths.

To rely on the goodwill of the older class for their wellbeing may not be forthcoming, hence the current weak and underdeveloped status of the youths. The storm will surely be over and the youths will be liberated. 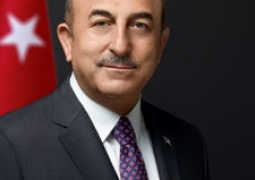 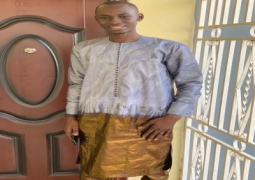