An eminent author asked, why is it that out of all the continents in the world Africa seems unable to convincingly get its feet on the economic ladder? The answer can be attributed to the lack of serious attention to private sector development. Private sector is the engine of economic growth and prosperity. It is the pillar upon which job opportunities are created for the people and the rising youth population in particular. Look at any developed nation in the world and the private sector has always served as a catalyst for rapid growth. The difficulty with public sector-led development is the lack of fundamental accountability with systems never in place to reinforce productivity. Also, when it comes to the allocation of projects and resources, the focus tends to be on “what is in it for them.”

The competitive environment in robust private sector leads to an infusion of creativity and ideas that always benefit the citizens of any given nation. Countries like Singapore, UAE, and Rwanda are perfect examples of ecosystems that have excelled in development through the private sector. This sector made them beacons of hope and the envy of the world. It could be observed that China’s transition to innovation-driven growth has paid off to the extent that China in 30 years was able to establish herself as a giant in the global economy. This could not have been possible without the development of the private sector whether controlled or guided in the development process.

The Western world and developed nations in particular have been built on the pillars of the private sector. The majority of the labor force does not depend on government because the private sector provided job opportunities. Economic prosperity of a nation cannot be created by the government. For The Gambia to move forward, emphasis must be placed on private sector development in which indigenization takes precedence over foreignization. It is easier for foreign companies to set up and attract government attention than most Gambian owned companies in the private sector. The business environment is therefore dominated by foreigners.

It is difficult to contain consumer exploitation under such circumstances. The only way to put wealth in the hands of Gambians is though their empowerment in the private sector. We have heard about the FDI crisis which erupted in India when certain American companies tried to enter the market. We know Gambian companies will not find it easy to have space in other markets in the sub-region.

The government must use economic diplomacy in enhancing private sector development in The Gambia. It was unfortunate in my considered view for the authorities to crack down on the JAH OIL Company for illegal sites of petrol stations when other foreign oil companies are equally located in wrong neighborhoods and sites under our watch. The authorities should equally inform Gambians about the faith of the cocaine drugs seized from the imported containers of a foreign business company in the private sector in the country. Government, like many African countries, should not be involved in businesses such as the sale of rice, land, public enterprises, etc. In poor nations where kickbacks and not the best ideas influence decision-making, corruption will be posing more as enemy to private sector growth.

The policies that should encourage competitive bidding will be non-existent due to the government’s willingness to engage private sector players who will fill the pockets of politicians and public officials. The mismanagement of donor funds in the plethora of projects that have had massive injection of capital die few years later due to lack of collaborative efforts with serious private sector entities that often have better management systems to produce better outcomes. It is to be stated that most public institutions fail in Africa and in this country because of lack of accountability and demand for results rooted in the adoption of best practices. Private sector companies on the other hand do not have the luxury of ineptitude because their bottom line revenues depend on them delivering acceptable products and services to the masses.

The alternative solutions to private sector development are many and the key to success is for The Gambia Chamber of Commerce and Industry (GCCI) to be much more empowered to guide government policies on the right path to the management and strengthening of the business environment. They have the expertise, the exposure, the experience, and the knowledge of the realities of the environment. The empowerment of the private sector will lessen the burden on government in terms of employment and the temptations of corruption, and will lead to greater sources of revenue for the state.

The role of the Ministry of Trade and Industry in this drive is critical in bringing economic prosperity and accelerated socioeconomic development to the benefit of the country. The banking sector must be further regulated to bring the interest rates down as it is almost killing private sector initiatives and development. The other problem with private sector development in The Gambia is that most of the companies are reaping the economic benefits without investing in human capital. They are not training and they are not encouraging the development of staff. More worrisome is the exponential growth in remittances received (estimated $500 million in 2020) that usually land back in the hands of non-Gambian business owners leaving very little to circulate in The Gambian economy.

The Gambian Dalasi leaves our economy within hours due to our high consumer rates. This is not allowing the nation to excite economic growth and development. Therefore, for the private sector to create jobs and bring economic prosperity to the country and the people, it must be reoriented towards the empowerment of indigenization with entrepreneurial capacity and financial backing of the Central Bank and collaborating banking sector.

It calls for the adoption of economic diplomacy on the part of the Ministry of Trade, Industry and Employment and the procurement protection of Gambian companies engaged in the bidding of contracts, products and services. This strategic move will give greater advantages to Gambia-owned companies over foreign entities that tend to have more capital and are deemed more favorable to offer incentives to decision-makers.

A “Gambia-first” mindset must infiltrate the business environment to protect the economic interest of the country. It is not to say that foreign investment is not welcome in the country but this must be linked to Gambian partnership and job creation. Private sector development does not only mean tax collections by the state but it means serving as the engine of growth and development of the country. Putting wealth in the hands of Gambians by the creation of the enabling environment in the private sector is of fundamental necessity in the development process. 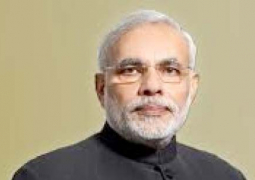 Life in the era of COVID-19

Join hands toward a New Era of Global Development 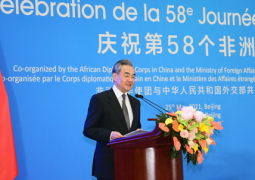