Never Again: The Manifesto of an Unlikely Candidate (Part Four) 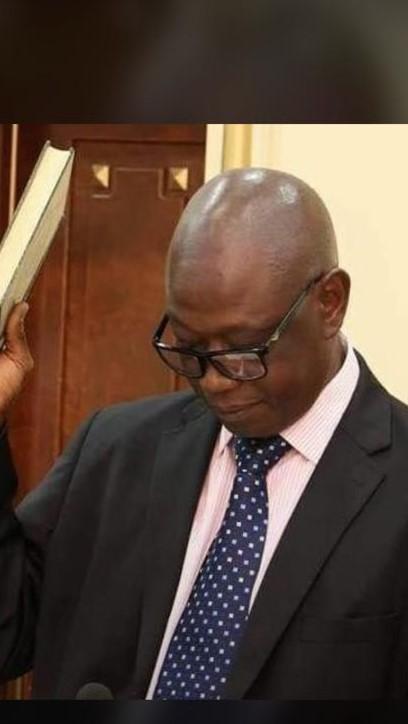 We have a legacy of hostile politics to confront and neutralize in order to turn our country into the peaceful and loving society it deserves to be. We say Never Again to the legacy of hostile politics and to the politics of hostility it has bred in our society. We want a politics of peace and decency, a politics that, while robust in its articulation of differing opinions and positions, will remain civil and respectful of all views and the fundamental inalienable humanity of all individuals. We say Never Again to the politics of insults and name-calling that is a legacy of the brutal dictatorship that ruled this country for over two decades. Of course, we cannot entirely blame the legacy of despotism for this politics of insults. There is such a thing as basic human decency that every adult understands, and that should act as a deterrence to those who would wilfully insult and demean their fellow human beings.

Some of us were old enough during the last years of the Jawara regime, and we saw that there was no politics of open insults and the kind of dog-eat-dog attitude we have in our dear country today. We also saw that on the rare occasions when political disputes erupted between members and supporters of different parties, the political leaders of the time would often make statements to the effect that Gambians were one people and that political differences should not become personal differences. We heard and saw jokes like “Jawara jippo” from Assan Musa Camara supporters being laughed at by Jawara supporters. Ruling and opposition parties were rivals at the game of politics but cousins at the game of life. They were not enemies just because they belonged to different and competing political camps within the same nation space! Today, most of the leaders are mute about this ugly politics of insults and some of them actually fan its flames because they do not want to alienate their supporters or to be considered weak by their opponents. We say Never Again to this politics of turning a blind eye that is turning our close-knit community into hostile factions of bickering enemies!

Some of us were in exile for many years. But while we physically lived in exile, we mentally and emotionally lived in The Gambia, in the very thick of the pain of dictatorship. We lived the anger of citizens seeing their fellow citizens bullied, their country abused and the precious cultural fabric of their beloved society corrupted and torn apart by the senseless antics of a power drunk tyrant. It was a painful reality to observe because we knew that the hostility and destruction wrought by dictatorship inevitably seeps down, infects, infiltrates and taints the society it recklessly lords it over. When a dictatorship keeps sneezing impunity over a long period of time, society at large catches the virus of impunity. Just like the dictatorship was rude and unmindful of its words and actions against the Gambian people, so will the people become rude and unmindful of their words and actions against their fellow Gambians! This is what we are seeing in Gambian politics today and we must arrest and neutralize it!

It was painful to watch because we knew that the needless anger tantrums of the dictator, the insults, the impunity with which human beings were being publicly treated and shamed by the dictator would inevitably rub off of the society at large, and it would engender an angry, bewildered and frustrated citizenry that loses its capacity for rational thought when it comes to matters political, and that therefore sees politics, just like the dictator saw it, as an arena where enemies engaged in a fight to the death over who wields power; and they will see politics as a place where everyone is holding a knife ready to stab everyone else and where you must therefore always carry a knife, be on the alert, and bark and shout and stab right back at anyone who dares to say a word about you, your party or your party leader! Never Again to such politics of enmity and character assassination! Never Again to the culture of political enmity in which Gambians claw at each other’s throats, bark insults at each other and increasingly get mind-blind and incapable of thinking rationally and behaving humanely towards their fellow Gambians of differing political persuasions. We say Never Again to that parochial mentality that breeds political hostility and rips our social fabric apart for no conceivable reason! We want a politics of peace and universal mutual respect in this country!

When I publicly shared the first part of this manifesto of an unlikely candidate, some of our beloved compatriots came out swinging at me. One of them declared that I had suddenly grown wings and wanted to fly. That I wanted to be president. That I am greedy for the millions. And that I was one among many fake intellectuals out to rob the masses who, I must know, are not fools.

Another critic roundly put it to me that I was a Fula, and that my father came from Futa Jallon in Guinea Conakry, suggesting that I am not a Gambian citizen in the first place. I, a child of Chaku Bantang, a product of Armitage and Gambia High schools, an editor of the Daily Observer and The Independent newspapers, a current Executive Secretary of the TRRC. I was suddenly stripped of my right to citizenship because I dared to contemplate running for political office! It reminded me of the time back in 2000 when the Jammeh dictatorship claimed that I was not a citizen! Never Again to that kind of inane mentality that suddenly wants to deprive someone of their birthright simply because they dare to participate in and talk about the politics of their motherland!

A post on “Focus on Gambia” called me a coward who came “lastly after every dust of push and pull is settled” and proclaimed that “Gambia cannot move forward if every nepotist educated person thinks he or she can be president.” According to this writer, I did not resign early enough to register my own political party “because I did not want to miss the millions of Dalasis at TRRC” and that in fact, “Gambians don’t want educated meaningful president” because “the beautiful ones are not yet born in Africa”! Yes, the beautiful ones are now born in Africa! They have always been born in Africa! The waiting period for a chosen one is over and it is time for any ordinary Gambian who thinks they can contribute something meaningful to step up to the plate and assume responsibility for the welfare of our people. Never Again to that defeatist mentality that plays the waiting game while our country sinks to the bottom of depravity!

And then this writer ends his tirade in a flourish of religious fervor by signing off “wassalam” (peace) just after loudly proclaiming that “if you trust a politician or would be politician then you can trust a prostitute who tells you she doesn’t catch money for sex …!” So here this person was, literally comparing a politician or would be politician, in this case me, to a prostitute who cannot be trusted, and then calling for peace! Well, peace he got from me because we say Never Again to the politics of anger and insults, and Never Again to a dog-eat-dog world of political hostility in which anything goes! In the Gambia we want, we pray for those who insult us and we bless those who curse us! Never Again to a politics of enmity that serves no useful purpose in our beloved society!

We say Never Again to a politics that marginalizes women in the fields of governance and public administration. Our many brilliant women must be encouraged to bring their knowledge and talents to the table and to be at the forefront of a politics of innovation and positive transformation that will take this country to the next level. We want a government in which public offices will be shared equally between men and women when there are men and women with the requisite qualifications. We believe that the more women we have in positions of government authority in this country, the better the affairs of our nation will be administered. We say Never Again to a politics that undervalues the participation of any segment of our population, especially our mothers, aunts, sisters, nieces, and life partners!

We say Never Again to the exclusion of the Gambian Diaspora community from their country’s electoral processes. That the Gambian Diaspora cannot vote in this year’s presidential election is a violation of their right to participate in their country’s politics and a violation of our right to benefit from the input of some of our best and brightest minds. The Gambian Diaspora is arguably our most productive, most politically informed community, and we cannot afford to disenfranchise them through sheer selfishness, negligence, ineptitude and bureaucratic inefficiency. It is unfortunate that they are unlikely to vote this year, but they must vote in the 2026 elections. Our foreign missions must be equipped with the personnel and equipment that will allow the Gambian Diaspora community to get their voters cards at any time between elections.

And finally, we say Never Again to the politics of tribalism, ethnic hostility and religious intolerance that is spreading in our society at an alarming rate and that is not being addressed by our government and most political leaders. We aspire to a Gambia that functions as a Family Nation, and that will serve as a shining example of human intelligence and harmony at work. We know we can do it and we will do it!

The TRRC government White Paper - Thanks President Barrow and…