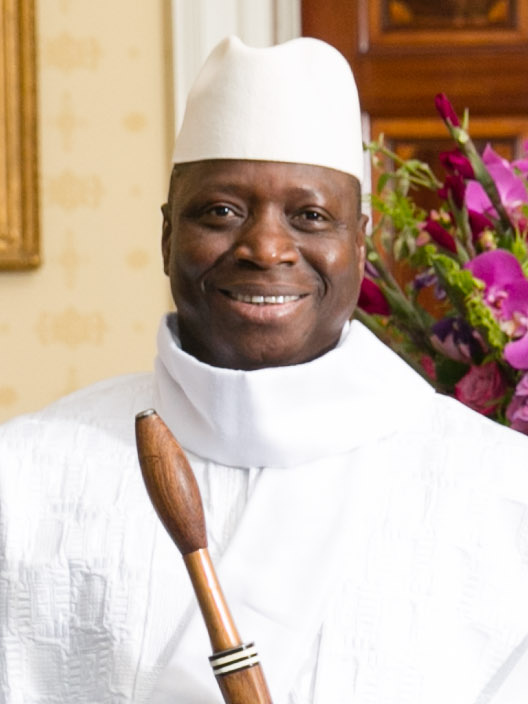 It was exactly the same period in the summer of June 2001 that Yahya Jammeh, the former Gambian dictator signed his orchestrated ‘‘Indemnity Bill’’ in the most disturbing, spine-chilling and creepy manner despite national and international outrage.

Prior to the signing of the sinister ‘‘Bill’’, his APRC government had publicly acknowledged that its own ‘‘Commission’’ had ‘‘failed to inquire into the causes of the breakdown of public order during the student demonstrations’’ of April 10 and 11, 2000.

Despite being the architect of both the ‘‘Commission’’ and the ‘‘Bill’’, Yahya Jammeh further recognised that the objective in its view should have been the ‘‘fundamental point of departure’’. His ‘‘Commission’’ also accepted that everything ‘‘humanly possible’’ had been done to ascertain the ‘‘primary fact’’ regarding the two incidents: a rape and murder case of two promising Gambian students. Nevertheless, the two most important charges were never independently investigated.

Instead like the case of late hero-Deyda Hydara, managing editor and co-proprietor of The Point Newspaper, the victims were criticised and condemned. Thanks to the ‘‘Bill’’.

Notwithstanding, Yahya Jammeh and his APRC government defending the alleged killer and rapist reported that ‘‘no evidence’’ was put before the ‘‘Commission’’ to warrant the ''unfair and false'' allegation against the Police officers concerned. Most preposterously, the students according to his ‘‘Commission’’ were ‘‘guilty of causing violence and public disorder’’. It was not only an outrage but extremely scandalous.

As a journalist, I followed and covered the whole proceedings both at the ‘‘Commission’’ and outside of it. What was uncovered remained astonishing and shocking.

Sadly, some of the ‘‘Commissioners’’ including some respected elites and religious leaders later promoted as heads of his Muslim Council and other lucrative posts remained deplorable and appalling indeed.

Most horrendous was that during the time, the APRC’s representative, refused to answer a single question from the press gallery. It was deliberate act of arrogance, deceit and deception on the part of both the Justice Minister and his boss. Both the local and international press were flabbergasted. The injustice by a Justice Minister will never be forgotten.

Accordingly, the Coalition of Human Rights Defenders headed by Emmanuel Joof, were fuming. It suddenly issued a statement stating that they were ‘‘extremely concerned’’ about the whole event. The Coalition further threatened to take Yahya Jammeh’s APRC Government to court for the introduction of such a controversial law indemnifying its officers accused of violating human rights. The Coalition consisting of some of the best lawyers in the country maintained it was ‘‘unconstitutional and cannot be accepted in any civilised society’’.

Open letters written to Yahya Jammeh by concerned individuals and Organisations calling on him not to sign the Bill into law were ignored when the Yahya Jammeh publicly objected: ''I am not paying heed to selfish individuals working for their personal interest in favour of elected representatives''. He immediately ordered the passage of the Bill. It was quickly rubberstamped.

Even though Yahya Jammeh was reminded that the legislation was contrary to sections 19, 23, 24 and 25 of The Gambian constitution under which critics argued that even in a State of emergence security forces must not be allowed to act with impunity. Observers and local human rights activists, including women groups warned that…''the indemnity Bill is untimely provocative, dangerous and unconstitutional''. They called it an ‘‘affront and violation of the county's own Constitution that give right to citizens to express freely themselves’’. They jointly added that Gambian law ‘‘guarantees everyone to exercise his or her fundamental and basic human rights without interference’’.

The international media groups and human rights bodies worldwide were alerted and some of them were absolutely furious but Yahya Jammeh as usual careless about such concerns. He and his cohorts shamelessly followed the same direction and as common standard paid deaf ears.

The ambiguous and vague ‘‘Bill’’ also caused the unbelievably curtailing of the rights and freedoms of The Gambian press as well as opposition activities. It brazenly and blatantly downgraded the country’s reputation as well as the respect it earned since independent from Britain as a country of law, peace and stability.

As intended, the ‘‘Bill’’ resulted in several human rights violations with immunity including atrocities committed by reckless National Intelligent Agency (NIA) operatives and the so-called ‘jungler’ officers. Using the ‘‘Bill’’ as a protection and cover against violations, the regime was out to victimise and terrorise the population without any justification. As a result, many innocent citizens got hurt and humiliated. Several men and women maimed. Others lost their lives and livelihoods.

No doubt when I reported on it both in the local and international press, including the brutality of his men against law abiding and innocent citizens including poor farmers and peasants who were totally ignorant of his ‘‘Bill’’, Yahya Jammeh’s revenged was my arrest, detention in confinement at his notorious NIA headquarters in Banjul and brutally tortured me.

Thus, it is startling that today the same accused officers and officials with brutality are still trying to use the same ‘‘Bill’’ as umbrella to outsmart us in our modern courts. But accepting their arguments will be a travesty.

Recently a certain senior politician mocked that people are ‘‘angry’’. Clearly people are right to be angry until justice is seen to be done in favour of the victims of an indescribable and inexpressible human rights violation.

Yahya Jammeh’s ‘‘Indemnity Bill’’ was one of the darkest days of The Gambia. All those involved directly or indirectly should not only bow or hang their heads in shame but be brought to justice as soon as possible.

Consequently, for the sake of the above-mentioned reasons, everyone should desist from similar draconian and dangerous laws for modern Gambia because one day it will forever distress the perpetrators just like Yahya Jammeh and his associates. 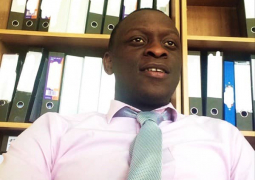