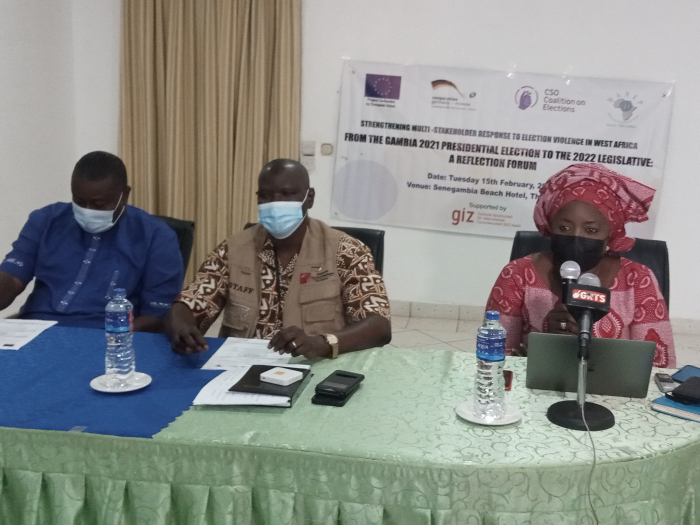 The forum, held at the Senegambia Beach hotel in Bijilo, was designed to gather CSOs and share experiences, best practices, successes, challenges and existing gaps in election observation in lead up to country’s parliamentary election slated for April 6th 2022.

Salama Njie, national coordinator of WANEP, thanked partners for their efforts in ensuring a peaceful and successful election in the last December presidential election.

“The presidential election is gone but still there are two more elections as in the next couple of weeks. The people will go back to the polls to vote in the National Assembly election.”

She indicated that in lead to the parliamentary election, there are constraints over political stability, tensions and security in the country.

“It is in this regard there will be coordination that will bring together different stakeholders to share both experiences and challenges and best practices to improve in the gaps as the country prepares for another election.” she said.

Levinia Addae Mensah, programme Director and Deputy Executive Director of WANEP, said as the parliamentary election approaches, they should address the challenges they experienced during the last presidential election.

She explained that one of the key elements that contribute to peace during election is partnership and collaboration, saying it is important that they continue with that spirit.

Joseph Colley, vice chair IEC, thanked the CSOs and their partners for their role in election, saying election is the business of every one.

“CSOs are involved in voters’ education and also election observations and that helps them in their reports and mapping out hotspot and they also help the ICE to conduct a very creditable election.”

He explained that they conducted the presidential election with success, yet they want to move forward so that the National Assembly election will be better.

He assured that the IEC would continue to collaborate with stakeholders especially the CSOs.

Also speaking, Emanuel Joof, chairman of the National Human Rights Commission (NHRC) recalled that the past election was conducted in a free and peaceful atmosphere, thanks to the collective efforts of all including CSOs and the different political parties.

The Gambia, he said, has a history of conducting peaceful elections in the sub-region, adding that the last elections was so crucial because it was the first election since the ouster of long-time dictator, Yahya Jammeh.

Joof noted that for the first time, the security services provided security for each candidate and it was very important because all eyes were on The Gambia. 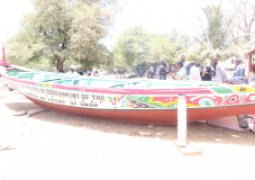 The Ministry of Trade, Industry, Regional Integration and Employment (MOTIE) recently handed over three canoes and a smokehouse to support women of Kartong in their oyster production site. 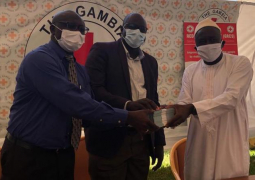 In their drive to strengthen response in the fight against covid-19, The Gambia Malaysia Students and Alumni Foundation (GAMSA) on Monday presented a cash amount of seventy thousand dalasis to The Gambia Red Cross Society (GRCS). 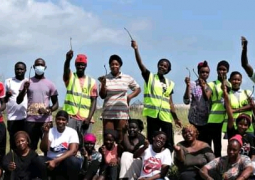 As part of efforts in the restoration of the city’s fast depleting mangrove cover and its beautifying component, the West African Birds Study Association (WABSA) in collaboration with the resident of Banjul on Saturday organized a day’s mangroves planting exercise in Banjul.