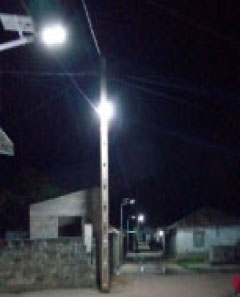 The initiative by Ebrima Touray, proprietor of Tech World Oil Company, followed the installation of an earlier 35 solar-powered street lights in July and another street (Jujuba) in the community.

The latest development by the company’s proprietor saw the installation of solar lights from Gunjur garage to the main market; and from the market via Sanchaba.

In addition, two street solar lights are also installed at the community’s public places such as the mosque and market.

Yaya Ceesay, a native of Gunjur described the generosity as very good, recalling that before the installation of the lights, there was increased burglary in one of the streets.

The installation of the lights, he added, would significantly reduce crime-related incidences.

He thus thanked Mr. Touray for the initiative, saying; “Thieves used to steal people’s phones and other properties in the dark but now they will not be able to do so. Gunjur needs such initiatives. As such, he appealed to other natives of the community with the financial muscle to emulate Mr. Touray for the development of the coastal town.”

Touray reminded that government cannot do it all alone, thus the need for citizen’s participation in national development ventures.

Hatab Nyang, media officer for Tech World Oil Company said the installation of the solar lights has strengthened security within the community.

He appealed to the community to take ownership and ensure the sustainability of the solar lights.

Abdou D. Touray, a barbing saloon operator and native of Gunjur, saluted the installation of the solar lights, which he said, would significantly boost businesses by ensuring customers sit and wait for electricity when NAWEC power supply goes off.

Tech World Oil Company is a Gambian-owned company engaged in oil and gas business. The company, which currently employs over 300 Gambians and non-Gambians, has been operating in the country for over a decade with over fifteen operational service stations spanning the country. 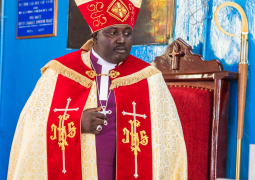 EASTER 2022 MESSAGE BY THE MOST REVEREND BANNIE EBENEZER F. MANGA, PRESIDING BISHOP OF THE GAMBIA, THE METHODIST CHURCH THE GAMBIA 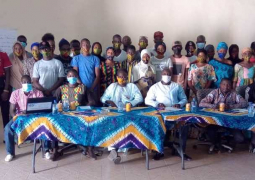 Program manager at the National Enterprise Development Initiative (NEDI) has said that capacity building for entrepreneurs is an essential ingredient to ensuring business development. 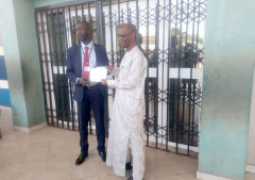 GPA hands over Arch 22 to NCAC

The Gambia Ports Authority (GPA) on Wednesday handed over the newly refurbished Arch 22 to the National Center for Arts and Culture (NCAC) at a ceremony held at Arch 22 in Banjul.

In its pursuit to build a vibrant and resilient administration, The Gambia Maritime Administration (GMA) on Wednesday convened a day’s forum to validate the administration’s strategic plan 2022-2026.