Stakeholdersof the Social Safety Net Project (SSNP) yesterday concluded a two-day convergence that seeks to avail partners the opportunity to take stock of what has been accomplished, challenges faced and pave the way forward for effective implementation and use of resources. 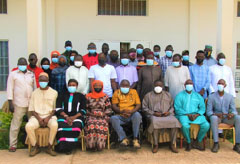 The convergence held at Mansakonko Area Council was part of efforts for effective and efficient implementation of the project as well as to create a chance where stakeholders can discuss issues for better coordination, synergy and sharing of best practice.

Dr. Amat Bah, acting executive director at National Nutrition Agency (NaNA) stated that every time people talk about The Gambia, they talk about poverty, adding that people even argued that everybody in the country is poor.

“Here is a project (SSNP) that intends to help lift the poorestout of poverty. We know that the malnutrition we are fighting is actually poverty. If we get rid of poverty, we will get rid of undernutrition. It is indicated that those who are poor are more vulnerable to under nutrition because they cannot afford to buy the right food they should be eating,” he said.

He continued that poverty is the underlined cause of malnutrition, noting that if they have a project that is designed to alleviate that, Gambians should embrace and support it.

Dr. Bah reiterated that at a period where life was very tough in the country as a result of Covid-19, NAFA quickly stepped in to address the issue.

“With the$31 million project grant, $10 million was identified between the World Bank, Ministry of Finance and partners to be used for Nafa Quick, so that people can buy food items, pay their medical bills and do a lot,” he further said.

He thanked implementing partners, stating that NANa cannot do it alone.

Fatou Gibba, director of community development said the convergence was meant to reflecton what happened, the challenges along the line in order to pave the way forward in terms of putting the project in the right direction.

She reiterated her department’s commitment and dedication towards the implementation of the project.

She thanked the Department of Social Welfare and NaNA for their smooth collaboration during the process, hoping thatit would continue to ensure they address extreme poverty in the country. 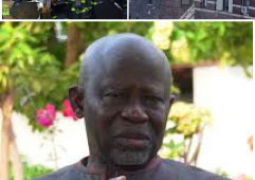 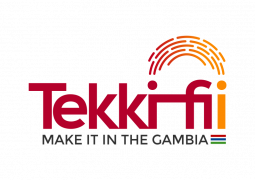 The EU-funded Tekki Fii Project implemented by GIZ under its business development component supports over 600 young cassava farmers, from WCR, LRR, and URR on the agricultural value chain through training in agropreneurship, organic farming and cooperative formation.

Gambia’s former Intelligence chief, Harry Sambou, in his testimony on Tuesday denied having been part of discussion that facilitated the disappearance of Daba Marena, Ebou Lowe, Alpha Bah, Manlafi Corr and Alieu Bah. 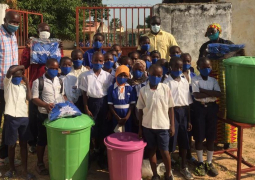 In their drive to help in the containment of deadly corona virus pandemic and in giving back to their community, Bijilo Community in the Diaspora last Monday presented dozens of face masks and buckets to Bijilo Lower Basic and Nursery schools.