As part of support to needy families in observance of the Holy Month of Ramadan, a Qatari patron recently donated food stuffs worth D325, 515 to 231 needy families in the Pakalinding Village, Jarra West, Lower River Region. 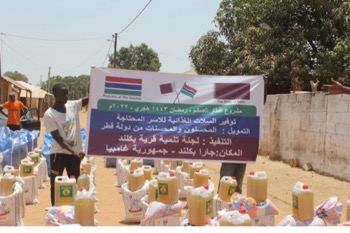 This Ramadan gesture is made courtesy of Qatari patrons namely, H. E. Lolwah, Dr. Reem, Dr. Abdullah and Dr. N. Al-Adosari based in the State of Qatar

The donation was made through Alieu Manjang, a native of Pakalinding based in Qatar and coordinated by Ansumana Kinteh alongside Pakalinding Village Development Committee.

Presenting the items, Ansumana Kinteh, coordinator of the programme, highlighted the significance of the gesture, saying the donated items are commodities that the beneficiary families need especially at a time when Muslims fast.

He commended the donors for their benevolence, indicating that the gesture would continue to put smiles on the faces of the beneficiaries.

Kinteh, consequently, reminded Muslims to be generous and increase the culture of ‘caring and sharing’ especially during the holy month of Ramadan.

The gesture from the Qatari philanthropist, he said, started two years ago and since then, the annual donation has grown bigger and bigger in terms of the number of communities and households that benefited from the items.

It could be recalled that the Qatari philanthropists made similar donation last year, where 238 families benefited from food stuffs during the holy month of Ramadan. 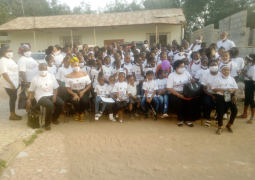 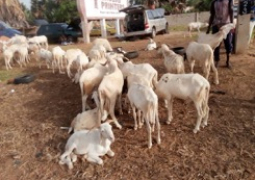 Imam Dhahabi Charitable Organisation through its Saudi Arabia partners has distributed 550 Rams to Gambians as part of their cooperate social responsibility. 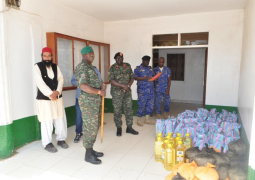 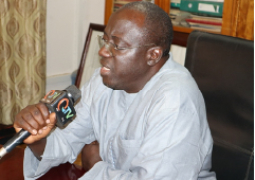 Under the auspices of The Ministry of Transport, Works and Infrastructure (MoTWI), a stakeholders steering committee meeting on the construction of the rural roads, which covers   Nuimi – Hakalang, Kiang roads, Sabach Sukoto to Bambali,  Ngeyen Sanjally to Sarakunda, Kaur to Jimbala, Kaur to Kerr Chaindu, Kerr to Batti, Chamen to Nyanga Bantang,  pavement strengthening of the Sene- Gambia Corridor amongst other roads,  was on Wednesday, 6th April, 2022, held at the Sir Dawda Kairaba Jawara International Conference Center in Bijilo.